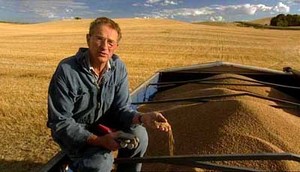 After a long battle with GMO giant Monsanto, a 77 year old Saskatchewan farmer, Percy Schmeiser and his wife, Louise, have declared a “moral victory” for small farmers.[1]  In 1997, Schmeiser was sued by Monsanto for $400,000 in damages because Monsanto's Genetically Modified canola seeds were found growing on their farm. Monsanto claimed the Schmeiser’s intentionally planted the seeds without paying technology fees while the Schmeiser’s insisted that the seeds blew onto their property from other farms or passing trucks. The case drew significant attention and the Schmeiser’s ultimately lost but were not required to pay damages.

When the Schmeiser’s found more Round-Up Ready seeds on their land in 2005 the drama continued, only this time Monsanto was on the defense. The Schmeiser’s were demanding payment from Monsanto for the costs associated with removal of the genetically modified seeds. Monsanto agreed to settle under one condition: the Schmeiser’s had to remain silent about the provisions of the settlement.

Ultimately the Schmeiser’s refused to settle for the small sum of $660 in order to maintain the right to discuss the case. Percy Schmeiser continues to raise awareness around the danger of GMO’s and has inspired thousands of other farmers to stand up for their rights.