Aikido instructor and practitioner of the spiritual path of Kototama. 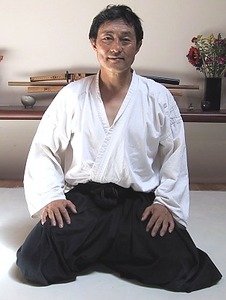 
Jack Wada teaches the non-violent Japanese martial art, Aikido, “the way of harmony with life energy.” Since 1974, Wada has been teaching students how to blend with and re-direct the movements of an attacker to resolve conflict.  He has also taught Tai-Chi, meditation, and is a practitioner of the spiritual path of Kototama, an ancient Japanese tradition and practice of generating ritual sounds and words that are believed to influence your body, mind, and soul. You can learn more about Wada at http://www.aikidosj.com/.