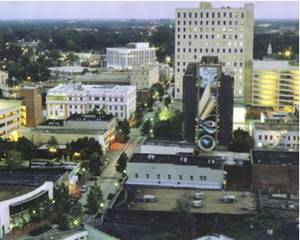 Like many smaller towns in the U.S., Lafayette, Louisiana did not have access to high-speed Internet. This was creating a barrier to attract new business and causing youth to move out of the area.  Residents were subject to multiple rate hikes by their cable company and were dissatisfied with the slow Internet connection. Despite the demand for better quality service, the two main telecommunication companies – Bell South (now AT&T) and Cox Communications (their cable company) – refused to improve Lafayette’s Internet services. At best they said they could deliver DSL within 10 years.

In response, local politicians and community members got creative and started
exploring alternative options. Ultimately, they decided to build their own fiber optic network through the local utility company, connecting all homes and businesses to the information superhighway at a lower cost, quicker speed, and faster installation than the large companies proposed.  Unfortunately, this success did not come without a fight. When the residents of Lafayette decided to help themselves and build their own network, the telecommunications companies sued, arguing that the municipal network created unfair competition.

The courts ultimately ruled in favor of Lafayette and they now have one of the fastest Internet connections available on the market! It is now easier to attract businesses, build a healthy local economy, and participate more fully in the global information age. Municipal broadband projects like this have been popping up around the nation in recent years, however, many states still prohibit these projects or have strict regulations that need to be overcome.