A small-town anti-incinerator effort in Kerala, India grows into a statewide zero-waste program. 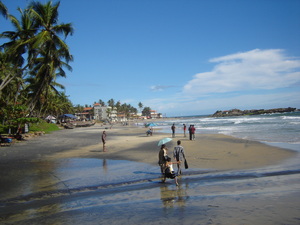 The southern tip of Kerala, India has long been a favorite destination among beach-goers. In the 1990’s, however, with increasing demands on the state’s infrastructure, garbage started piling up and tourism dropped as a result. In an attempt to deal with the mounting problem, the Kerala Tourism Department proposed the installation of an incinerator but was met with serious opposition. What began as a protest against the incinerator grew into an organized grassroots effort to create a zero-waste community.

How did they organize? Community organizations reached out to others in the community and educated people about the environmental and health concerns associated with burning trash. The movement grew as people realized that the incinerator would convert trash into other toxic chemicals — such as Dioxin, one of the most harmful chemical pollutants — and release them into the air, poisoning themselves and everyone else.  Due to intense pressure, the incinerator project was ultimately shut down!

But community organizers didn’t stop there- a large part of their success was due to their proposal of an environmentally friendly alternative. Community members worked closely with the local government to come up with policies and an action plan to reuse, recycle, compost, and eventually eliminate waste all together. It became known as the “Zero Waste Kovalam” project and received international attention and multiple grants.

After significant citizen involvement and activity, Kovalam has been restored to a beautiful beach destination that is not only dealing well with a trash problem but growing into a model for sustainable development.  Much of its strategy involves producing and using sustainable materials in place of wasteful products and accessing funds for new sustainable businesses.  Due to its success, the whole state of Kerala has adopted a similar plan to work toward zero waste as well.