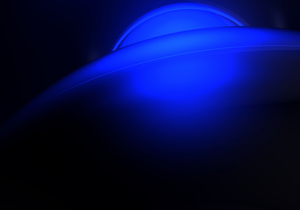 My research in living geometry and frontier science led me into the realms of advanced knowledge encoded by ancient cultures and into “new energy” technologies that transcend the understanding of traditional physics. To my great surprise these discoveries compelled me to open my mind to the possibility that we are actually being visited by extra-terrestrials. How does all of this tie together? Let’s see…

I have been shown a vast amount of compelling evidence suggesting that UFOs of extraterrestrial origin (referred to by the military as AVCs — Alien Visitation Crafts, as opposed to ARVs — Alien Reproduction Vehicles, which are man-made advanced anti-gravity craft) exist and have been contacting and communicating with humans for many years — perhaps even centuries. This has huge implications. If other intelligent life is capable of getting here, then there must be ways to not only transcend space-time as we know it, but also to access energy in an abundant way that surpasses the capacity of any energy source currently employed on earth. It implies that we too could get off of fossil fuels, create more sustainable energy systems and go voyaging among the stars. 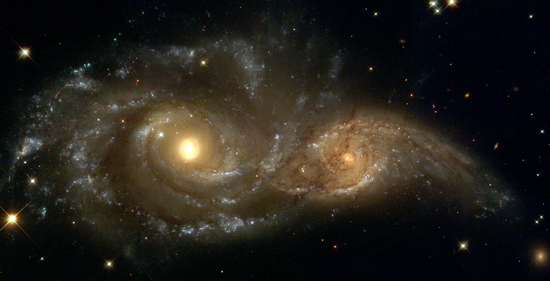 According to a poll conducted in 2007, roughly one-third of Americans believe in UFOs and 14% say they have seen a UFO.

On April 29–May 3, 2013 in Washington D.C., testimony was given before former members of Congress by researchers, activists, and political, military, and agency representatives from 10 different countries, compiling over 30 hours of testimony on evidence of extraterrestrial visitors in contact with life on earth.

The UK Ministry of Defence has released hundreds of UFO files — with thousands of pages of documentation — for the public to see in its National Archives. France has also opened up more than 1,600 UFO cases to the public. And in 2004, Mexico’s Secretary of National Defense authorized the release of UFO video footage from a military aircraft.

Steven Greer’s “Disclosure Project” has identified over 400 witnesses from the military and intelligence community — including the CIA, NSA, Air Force, Navy, Marines, and Army — who are willing to testify about their experiences with UFO and ET visitation. At the National Press Club on May 9 of 2001, many of these witnesses came forth and provided evidence to the media, asking the American Congress to officially investigate the subject and grant immunity to these witnesses. The issue has since been largely ignored and no further action has been taken by government.

Astronaut Edgar Mitchell, the 6th person to walk on the moon, and Gordon Cooper, one of the seven original astronauts in Project Mercury, have both encountered UFOs and spoken out about their experiences.

CNN — Larry King Live — UFOs Are They For Real?

Larry King interviews military officials, political figures, and UFO experts about some of the most remarkable UFO sightings.

Multiple UFO’s were captured on video by Mexican pilots in 2004. Mexico’s Secretary of Defense authorized the release of this video footage.

In 1997 thousands of people in Arizona reported seeing mysterious lights over Phoenix. No official explanation was ever given. It’s one of the biggest UFO sightings in history.

UFOs are not only a recent phenomena. They have been reported and recorded throughout history. Even cave drawings dating back thousands of years depict alien-like figures and flying objects in the sky. This is just a small sampling of UFOs in ancient art. There is some controversy around these images. Of course we can’t know the original experience of the artists, however, the vast number of similar looking alien-figures that appear all around the world, begs the question…could they be ancient alien visitors?

A common tactic used by the government and mainstream media to suppress UFO sightings is to deny eyewitness accounts and provide alternative explanations. They frequently point to swamp gases, light aberrations, atmospheric phenomena, weather balloons, misidentified aircraft, and hoaxes. For example, in January of 2008 dozens of witnesses reported seeing a UFO in Stephenville, Texas. Despite compelling witness accounts, the military discounted the event pointing to “optical illusions” and “superior mirages.”

If people don’t see compelling pictures or videos of UFOs, then it’s harder to believe. The government knows this, and they have been confiscating important UFO documentation for years.

Some people claim to have direct contact with ETs. Among them are James Gilliland and Lane Andrews, who both had similar, but separate, experiences with ETs. Gilliland and Andrews have been repeatedly harassed by government agencies and closely followed.

Richard Dolan, one of the top UFO researchers thoughtfully explains all the implications that disclosure would have and why it is a “paradox that is impossible but also inevitable.”

While some crop circles are clearly hoaxes, most are remarkably intricate geometric patterns that appear in the middle of the night and are virtually impossible to replicate without taking a great deal of time and leaving traces of the task. Some of the unique features of crop circles that lead me to believe that many of them are of extraterrestrial origin are:

The fundamental patterns of the torus and the vector equilibrium, the shapes of the primary flow and structure of energy show up in hundreds of crop circles. Could they be showing us a way to access clean, abundant energy? A key to traveling through space-time?

The entities responsible for the genuine patterns are sometimes even more explicit in their communication. In 2001 a crop circle showed up next to the Chilbolton Radio Telescope in England. It appeared to be a response to a transmission message sent out from the Arecibo Radio Telescope in Puerto Rico in 1974. The original message sent from Earth described basic human features such as our number system, important biological elements, DNA structure, shape of the human figure, world population, location of Earth within our solar system, and an image of the Arecibo dish transmitter that was used to send it into space. Crop circles in 2001 appeared to be a response — using the same code, they depicted aliens with larger heads, a different DNA structure, and other relevant information.

Full disclosure of the ET and UFO phenomena could dramatically transform the quality of life on this planet. It has the potential to alleviate poverty worldwide, by allowing for new energy technologies to emerge, and shifting geo-political power on a massive scale. Right now multiple industries have a vested interest in maintaining secrecy and suppressing UFO evidence — particularly oil, gas, and coal companies. However, if we can expose the suppression, reveal the truth about ET visitation, and further develop new energy technologies that ETs apparently rely on, then we can decentralize power and make massive strides toward a thriving future.