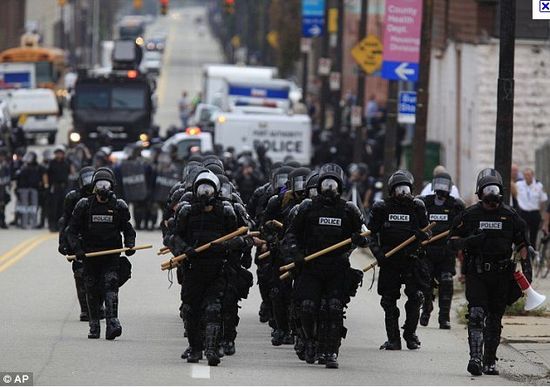 Tune in to almost any news source and you will see huge protests going on in more and more countries across the world. Squared off against them are always “the enforcers” with their armor, helmets and badges. But there is a thrilling new behavior trending — where the actual beings behind these masks are waking up and turning to stand (or sit) with those protesting against political and economic corruption. 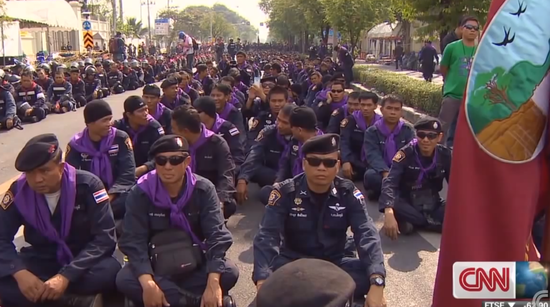 Check out this quick clip from Thailand last week where the police refused their orders and sat down in nonviolent solidarity with the dissidents.

Here is a clip from Italy, the same week. Police took off their helmets, honored their own inner guidance and marched with the seekers of justice.

We are also increasingly hearing about enforcers taking a stand against unconstitutional orders that are handed down from senior officers, who get them from corrupt politicians, who get them from their criminal corporate and banking overlords. Individuals like Daniel Ellsberg, Julian Assange, Edward Snowden, Chelsea Manning, Thomas Drake, Catherine Austin Fitts, Sheriff Richard Mack, and Karen Hudes are joined by a brave and growing group of people demonstrating their allegiance to justice and integrity above government and corporate oppression. There are now “Oathkeepers”, along with “Veterans against War,” and “White Hats” (from the intelligence agencies), all refusing to use their skills for aggression. They are our allies like never before.

The “lawmakers” give the commands, but it is their faithful enforcers who carry them out. Millions upon millions of otherwise decent, civilized people spend day after day harassing, threatening, extorting, controlling and otherwise oppressing others who have not harmed or threatened anyone. But because the actions of such “law enforcers” are deemed “legal,” and because they believe they are acting on behalf of “authority”, they imagine themselves to bear no responsibility for their actions… They speak and act as if their minds and bodies have somehow been taken over by some invisible entity called “the law” or “government.” They say things like “Hey, I don’t make the laws, I just enforce them; it’s not up to me.” (Larken Rose, The Most Dangerous Superstition)

But as the illusion of justified tyrannical authority is being exposed, many “in uniform” are awakening to their own personal moral compass and responsibility. This trend holds a vital key to the end of tyranny. Mandated or not, without enforcers, unjust laws cannot be upheld.

So what can we do to help this trend spread?

Talk with your friends, and especially talk with everyone you know who is involved in the police or other militarized agencies. Let them know they will not be alone in taking an ethical stand. Get informed about what is at stake, which THRIVE lays out clearly. Here is a recent short film from Storm Clouds Gathering that gives a very useful perspective and hints about this kind of unity.

As we come together across the various divides and expand our power, we need also to gain clarity about our ultimate goal. As history has proven, demonstration and revolution without a clear plan are not sufficient. Replacing one regime with another never leads to freedom in the long run.

Take advantage of the decades of thinking and strategizing THRIVE and others have done to help inform this plan with our 3-Stage Solution Strategy and Liberty perspective. These utilize the best of both progressive and traditionally conservative ideologies, ultimately transcending them both with the principle-based system of social organizing based on non-violation.

This is what Gandhi called Satyagraha (the power of the truth) and Hind Swaraj (self-governance): timeless, powerful solutions so everyone can have a chance to thrive. 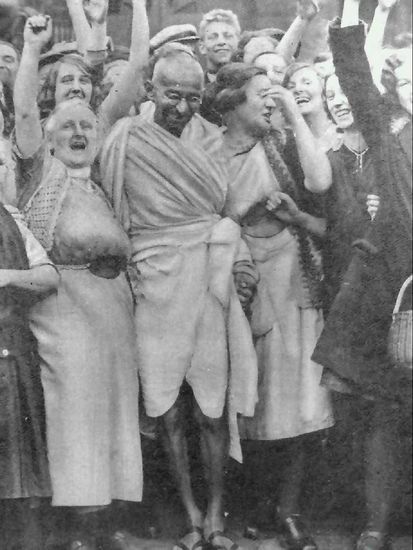