Back in the 1990’s, I discovered that there were teens on the streets of my town who didn’t have a legal place to sleep. There was no youth shelter, and no long term housing for young people under 18 who were away from their parents and not part of foster care. In many states, including California, women’s shelters didn’t allow boys over 16, so often abused and homeless women would have to choose between shelter for themselves and younger children and caring for their teen boys. I didn’t feel comfortable living in a community where there wasn’t a legal place for a child to be if they wanted to be, so I decided to work to create a program that could provide the missing services. 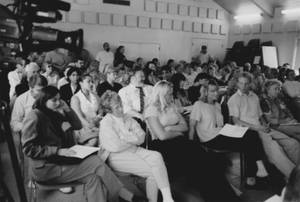 I did the necessary organizing and fundraising and found a facility: a big house where we could offer everything from shelter to school, long-term housing, drug treatment, job training, anger management, money management, spiritual support, and counseling. Everyone in the town thought it was a great idea, but neighbors in the area wanted it to be located elsewhere. Great idea and much needed, yes, but not in my back yard (“NIMBY”). They hired a full-time attorney to stop the project, and for a year I was pulled into one legal proceeding after another. At one point, the energy got quite hostile and some people who wanted to stop the program from happening slashed my tires and made personally threatening calls to my home. 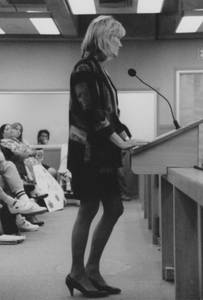 I had been an anti-war activist in Berkeley in the 1960’s, but I had never personally been the target of specific controversy. Needless to say, I’ve had plenty of experience since then. But at this stage, having people violently resist my efforts was new. On the evening of this particular tire-slashing incident, I was out watering my garden reflecting on the experience. I was questioning if creating this program was the right thing to do, or not. I was especially thinking about will — about my personal will, what I call Cosmic will, and what it means to align the two. So, I asked the Universe for a sign:

“Please show me if this project is part of a bigger impulse of life to self-correct, and move toward light and ever-greater inclusion. If it is, I will happily be an instrument of that, I will use my will and strength in service of that larger vision. I just need to know this isn’t just me doing something willfully, independent of that larger cosmic will.”

I put down my hose and I ventured out, looking for a sign. I walked the path where I knew the kids I hoped to serve would be hanging out. It was a Friday night and I walked along the jetty and through the town, but nothing was happening. After covering several miles, I ended up downtown at the town clock. I was standing there feeling quite humble and confused, considering which route to take home, resigned to not having received a sign.

Just then, three teens approached me from behind and said, “Excuse me, ma’am, do you know where there’s a shelter in town?” Everything changed for me in that moment.

I turned and responded, “There isn’t one. Can I take you out to dinner and you can tell me exactly what you’re looking for?” They happily obliged, and that night, we essentially designed what became the first completely voluntary comprehensive program for homeless teens in the country.

That encounter was what I think of as grace. It eliminated my doubt. It didn’t matter if I won or lost any given legal procedure, or how long it took. There was no part of me that had any question anymore that it was going to happen. I was simply in service of something that had more than my will behind it, and knowing that, I could do anything. And I could do it calmly, on purpose, and without fear. 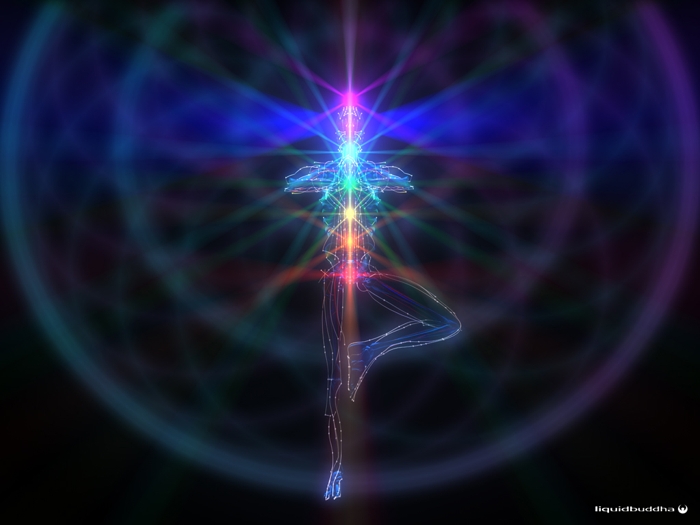 What does it take to access that clarity again and again throughout our lives; to be so aligned with cosmic will that our own personality and skills are simply offered in service of that?

For me, it takes tuning in with the same sincerity, vulnerability and openness that I felt that night, willing to listen to and heed the signs. Grace to me is cultivating that kind of alignment, hovering around it, reclaiming it, self-correcting again and again, watching with honesty and compassion as I check my relationship to what I’m doing, and why. 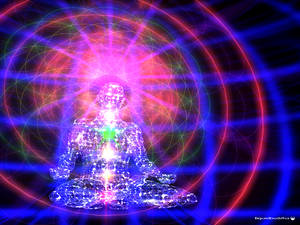 Grace has informed everything about my work as co-creator of THRIVE. Feeling in synch with a larger cosmic intention has given me the courage to open my mind to socially taboo subjects, to speak out even when I am the only person in the room with my perspective, to risk being disliked and even in potential danger for helping to share what I am learning and also to go up against the forces who have a vested interest in maintaining a harmful status quo I am working strategically to transform. I don’t personally have any doubt that this is what I am supposed to be doing, or that I am being facilitated by aligning my motives to serve this greater cosmic impulse.

That doesn’t mean I don’t occasionally lose hope, or clarity, or inner peace. It means that I know how to regain it, and it always comes down to tuning in to something bigger than myself, aligning with what I relate to as this cosmic force heading in the same direction, accompanying me as I go. 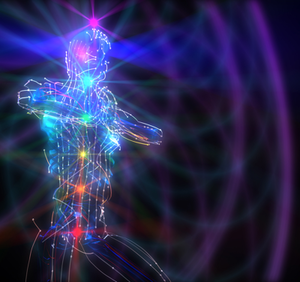 I do this by meditating each morning. I spend 40 minutes a day before I do anything else just tuning in, asking, listening, waiting until I am fully relaxed and grateful before I get up and begin the rest of my day. I know that might seem like a long time. But I remember a conversation with my 103 year-old Grandmother where she suggested I look at my life and assess whether someone looking in on me from the outside could tell what I valued just from looking at how I spent my time. I decided that four and a half hours a week really is not much to give for clarity and that feeling of deep connection.

I distinguish between the kind of “peak” spiritual experiences that the teens coming up and asking about a shelter represented, and the daily practice that I engage in to help maintain what that, and other peak experiences, offer. I believe any number of things — from meditation, therapy, and entheogen/psychedelic substances, to dancing, music and sports can give peak experiences that evoke and clarify the nature of consciousness and the sense of participating in harmony with an integrated, gloriously alive Universe. For me, the trick is to use the peak experiences as a reminder of the state I want to be in as often as I possibly can: A cosmically-connected, clear place where my thoughts, beliefs, conversations and actions are all aligned…on purpose and thriving.