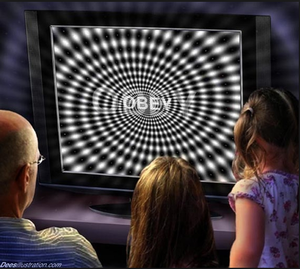 Some people say, “Throw away your TV!”

Not me. I love TV. Not all of it. Not most of it… but if you have cable or satellite and a DVR, there is a vast array of useful information and skillful artistry available.

But I have had to learn how to use it, instead of being used by it.

I love the art of TV and film — the storytelling, acting, photography, sound, editing, the music, the mystery. Each episode of a major series has the production quality that used to be reserved for the most highly funded feature films. The best athletes in the world, the finest musicians, many great scientists and researchers are now available in our living rooms.

I like getting to know the characters in a drama like new friends, and knowing there will usually be some kind of “virtuous resolution” within the hour. Many of the most intelligent minds of our times have migrated to Los Angeles, New York and other media capitols around the world. They are weaving clever, relevant stories that are compelling and can help us awaken.

But watch out for “the twist.” What I want to address in this blog is how the mainstream shows are being used to condition us. Fox’s older show “24” was used to get us to fear Arabs and to portray torture as a necessary tool to get life-saving information in the nick of time (proven false in real life). No wonder it was reported to be the favorite show of Cheney, Bush and Rumsfeld. Jack Bauer threatening a middle easterner with a water-board, or a power drill to the head was meant to make what was going on at places like Abu Ghraib and Guantanamo somehow “OK,” or at least justified.

Now we have CBS’s “Person of Interest” touting a total global surveillance system that follows everyone everywhere. Why are we to believe this is good? Because it’s being used by a genius hero (Michael Emerson from “Lost”) to alert the good guys when someone is in danger…in order that they can be protected from harm. No mention that we are moving into a global police state where the “bad guys,” from the point of view of “the state,” are us! And such a system, no matter how it is justified, is intended to detect dissent and squash it. Manning, Snowden, Drake and Obama’s IRS have helped make this start to seem obvious rather than some wing nut “conspiracy theory” to which it used to be relegated.

The new “Fast and Furious 6” movie glorifies London as “a bad city for crime…with a CCTV camera on every corner.” This, at the same time that we are seeing ominous “white boxes” appearing on power poles in Seattle and other cities, as well as “smart lights” that can track all movement on city streets. TV shows like this are trying to convince us to give up our liberty and privacy under the guise of the state being the heroes here to protect us. Of course it doesn’t stop during the commercials. I notice during NBC’s ‘psychopath-as-good-guy show’ “Blacklist,” frequent American Express ads promoting the benefits of our being tracked and watched continually — for our security. A cartoon for kids called “Shutterbug” indoctrinates them into the advantages of swarms of insect-sized drones surveilling their communities.

Another emerging theme that we are supposed to be getting used to is “transhumanism.” Silicon Valley entrepreneur, Ray Kurzweil, has given this notion renown with his book, “The Singularity is Near”. The approaching “singularity” is the “point in time” at which computers with remarkable calculating prowess are supposedly so much smarter than humans with souls, that we turn over the world to them. Max Igan unpacks the dangers of this movement in his documentary Trance-Formation. I believe it’s a slippery slope from hi-speed stock trading, and “launch-on-warning” nuclear triggers to implanted RFID chips, nanobots in our bloodstream and operations to turn all those who can afford it into cyborgs. No mention here of spirit, consciousness, wisdom, heart or intuition. In fact the future visions don’t seem to spend much time on the issue of “voluntary vs. mandatory” either. So, of course, one might expect the banker controlled studios to step up with something like “Almost Human.” (Fox) This is a classic “cop buddy” show, where a human (with a robotic leg) teams with a full-on robot, and it’s the robot who seems to be the warmer, kinder, gentler sort. Then we have “Intelligence” on CBS where Gabriel Vaughn, the square-jawed super-soldier is able to save the day repeatedly because of the microchip implanted in his brain. This is promoted as “the next evolution of intelligence.”

Both “Person of Interest” and “Intelligence” have already mentioned Bitcoin. Is it any surprise that each time it was in the context of money laundering for drug cartels, rather than an honest currency that enables voluntary exchange unencumbered and uncontrolled by the Rothschild/Rockefeller central banking scheme?

The White House drama, “Scandal,” on ABC is dependent on tracking with RFID and using ubiquitous Red Light Cameras and networks to haul in the “bad guys.”

Don’t get me wrong, these are amazingly well done, cleverly written dramas and I enjoy watching them. I use it as an exercise to watch the propaganda machine, so the compelling art doesn’t fool me into missing the “bait and switch.” The heroes and the tension are the “bait.” The “switch” is usually that “the state” is posed as the good guys, while dissidents (like the “Militia” or the “Patriots” in J. J. Abrams’ “Revolution” on NBC) are demonized, sent to “re-education” camps, captured or killed.

“Terrorism” is predominantly the misrepresentation of the natural blowback from victimized cultures, often invaded based on false flag events, to justify foreign wars of aggression for the benefit of multinational corporations and central banks. Now we are being set up to misunderstand the next step in the plan for global domination — the fight to suppress populations within the boundaries of the various nation-states. In the 20th century alone, there were over 200 million deaths perpetrated by tyrannical regimes — against their own people (Mussolini, Stalin, Hitler, Mao, Pol Pot etc.) This does not even count the foreign wars. As we approach orchestrated global economic and environmental collapse, let’s enjoy whatever distraction or entertainment we derive from TV dramas, without letting them fool us into being a willing pawn in the next deadly moves of the elite would-be controllers.

Whether it’s a drama or a so-called “news” show I’m watching, I find it useful to ask myself, “What are they wanting me to believe and why?” That’s the rest of the story. We can use our TV, along with the Internet, to wake up, speak up and stand up for the truth and freedom necessary for a thriving world.

And for an insightful assessment of the mainstream news, here’s a recent commentary by Jon Rappoport.