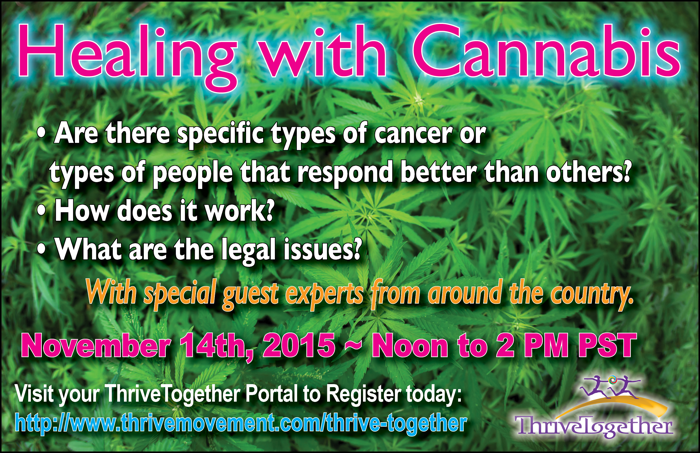 Cancer is a profitable business as well as a tragic source of grief and loss. There are treatments and cures that are not patentable, and therefore not profitable, to the pharmaceutical industry. We at Thrive have been exploring these alternative treatments, which include cannabis for some kinds of cancers and other ailments. This event brings together representatives from the medicinal cannabis movement, including:

Join us for this exciting opportunity to engage with people on the front lines of this transformative approach to healing.