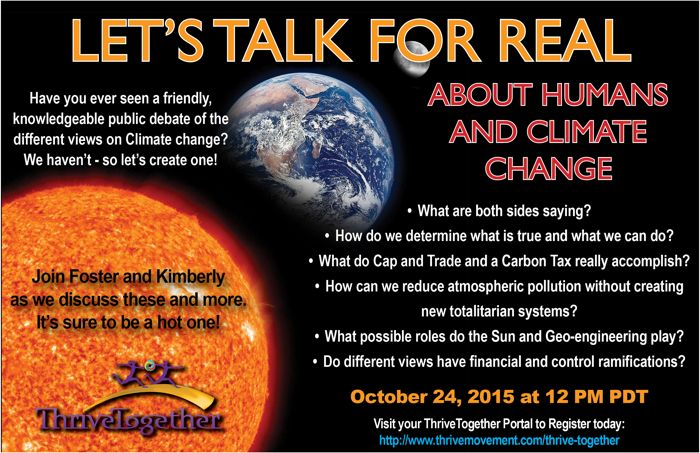 Have you ever seen a friendly, knowledgeable, public debate of different views on the climate issue? We haven’t. So let’s create one!

Join Foster and Kimberly for this online think tank and bring your data, perspective, concerns and an open mind, so at least we at ThriveTogether can have a useful exploration — with time, mutual respect and a shared mission of learning from one another, discovering more truth, and identifying effective paths of action.