Danger: The "War on Cancer" is Failing 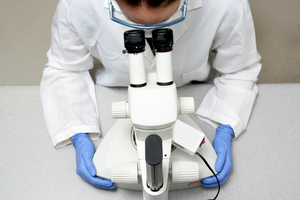 Since President Nixon launched the “War on Cancer” in 1971, we’ve spent almost $200 billion – through taxes, donations, private research and development – to find a cure for cancer. But not much has been accomplished for treating the most common forms. It seems that the more money spent on the War on Cancer, the more cancer occurs.  In fact, “ the annual death toll has risen 73% — over one and a half times as fast as the growth of the U.S. population.” [1] More than half a million Americans continue to die from cancer every year.

How could this be? There are many reasons. However, I found that it mainly has to do with suppression of natural health alternatives (discussed more below) and the enormous amount of money made in the cancer industry. The reality is that research, technologies, clinics and expensive drugs are making some people a lot of money. Cancer is a very profitable industry.  There is vast financial incentive not to have a cure.

As Clifton Leaf, Executive Director of Fortune Magazine and cancer survivor himself pointed out in a 2004 investigative report, the current approach to treating diseases such as cancer is extremely flawed. Some of the problems include:

In addition to these problems, the medical establishment is actively engaged in suppressing natural cancer cures. Since the early 1900s, the AMA has protected pharmaceuticals, claiming any un-patentable, natural solutions for treating cancer are “unscientific”, “illegitimate”, or “quackery.” However, as far as I can tell, the AMA’s accusations are false and there appear to be viable, effective and natural cancer cures that just need to be further developed. You can check out these exciting possibilities below.

There are multiple natural treatments that hold enormous potential for curing cancer. Most people haven’t heard about them because they were suppressed by those whose money making abilities and control were threatened – namely the American Medical Association, the FDA, pharmaceuticals, and influential private Foundations – Foundations which also get their money from the same people who own the pharmaceuticals.

The opportunity to spread these treatments far and wide still exists. We can put pressure on the major health agencies, help fund further research and development, and share information with family and friends. They could hold the key to eliminating one of the most deadly diseases of our time.

In the 1930s Dr. Rife – a brilliant bacteriologist and former student of John Hopkins University – developed a machine that could neutralize disease-causing micro-organisms, including cancer cells, with the use of frequencies.  In 1934 at the Scripps Institute in La Jolla, Southern California, Rife conducted clinical trials on 16 terminally ill cancer patients, and successfully cured all of them.  A team of medical specialists – including Dr. Milbank Johnson, Chairman of the Special Medical Research Committee of USC; George Fischer of the NY Children’s Hospital; and Dr. Wayland Morrison, the chief medical officer of the Santa Fe Railway – confirmed the findings.  Through the efforts of Morris Fishbein, head of the Journal of the American Medical Association, Rife was essentially shut down and ruined, his brilliant and promising work all but forgotten.  Rife’s technology has largely been forgotten but the opportunity remains to replicate his findings and treat millions of people who continue to suffer from cancer.

Vitamin B17, also referred to as laetrile or amygdalin, has proven to cure thousands of cancer patients.  In the 1970’s, Doctor John A. Richardson conducted clinical trials prescribing terminally ill cancer patients with laetrile, a vegetarian diet, and other vitamins and minerals.  The results were astounding: most patients fully recovered and went on to lead healthy lives.[2]

Researcher G. Edward Griffin has thoroughly investigated the potential of vitamin B17 and explains that it is being suppressed and withheld from the public because it’s a naturally occurring substance that can’t be patented by the pharmaceutical industry. It’s not a moneymaker, so it’s not available. Vitamin B17 is a naturally occurring molecule in food, such as apricots, apples, peaches, and cherries. It is made up of 2 parts sugar, 1 part cyanide, and 1 part benzeldahyde. When it comes into contact with cancer cells it releases the cyanide and benzeldahyde which break down the cancer cells. This is a very different way to treat cancer – it’s a preventive approach that seeks to eliminate the cancer before it becomes a malignant tumor.  This suggests that some forms of cancer may be caused from a deficiency of vitamin B17.  It also suggests that people may be able to avoid getting cancer by eating a healthier diet that includes more vitamin B17.

Rene Caisse was a Canadian nurse who, in the early 1920s, discovered the health benefits of Essiac, a blend of herbs with cancer fighting properties.  Caisse successfully treated dozens of patients, but because she offered the natural herbal formula for free, she struggled to gain the support of the medical establishment.

Harry Hoxsey popularized a cancer cure that his father, a veterinarian, had successfully developed. The Hoxsey treatment is herbal and consists of both a topical paste and an internal tonic. Hoxsey made believers out of skeptics by curing dozens of patients. In 1936, he established the largest independent clinic in the country in Dallas, Texas. The Journal of American Medical Association attacked him viciously. Hoxsey sued the journalists who attempted to expose him as a fraud, and Hoxsey won.

In the mid 20th century Dr. Max Gerson developed an alternative dietary therapy that he called the Gerson Therapy. He claimed it could cure cancer and most chronic, degenerative diseases. Gerson published patient results from the dietary therapy in A Cancer Therapy: Results of 50 Cases. Despite several hundred articles (domestic and foreign) confirming the diet’s therapeutic value and effectiveness against tuberculosis, diabetes, and other degenerative diseases, the Amercian Medical Association and the American Cancer Society dismissed Gerson’s work. He was effectively “blacklisted” by the medical establishment.

Share Information – Most people are still unaware of natural cancer cures. Spread the news through social networks and talk about it with friends and family.


Consider Investing in Research and Development of Natural Cancer Remedies

Donate to the Cancer Cure Foundation - The Cancer Cure Foundation was formed in December of 1976 as a non-profit organization dedicated to research and education in alternative cancer therapies. One of their main goals is to provide individuals with information about the availability of treatments, doctors and clinics and to assist them in gathering the information they need to make the best decision for their particular situation. You can find out more about funding and how their money is spent here.

ReneCaisseTea.com: This organization pledges to do all it can to "help ensure that present and future generations will never lose the knowledge of Essiac, and that they will be able to grow their own herbs, and make and take their own Essiac -- in peace and for wellness!"

Essiac Canada International: Company based out of Canada that sells and distributes the Essiac formula worldwide.

The Gerson Institute: dedicated to education and training of the Gerson therapy.

The Rise and Fall of a Scientific Genius: The forgotten story of Royal Raymond Rife.