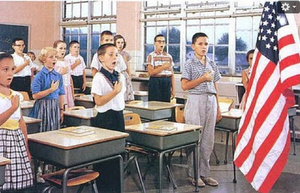 Why do we accept that at the most naturally curious time in our lives, when everything is new and our brains are poised to learn, our kids are required to sit still for 18 years in a row memorizing standardized, biased information? Have humans evolved to this point to be bored and rewarded for our obedience? We don’t think so, but unfortunately that’s the kind of State-imposed school system we have. It is intended to create obedient and predictable workers and consumers while failing to cultivate experimentation, original thinking and passionate learning.

How did we get an educational system that is not only difficult to reform, but where schools function more like training grounds for submissiveness and propaganda rather than places to foster autonomy and creativity?

It turns out the current model of schooling originated around the turn of the century with the Rockefeller-Founded General Education Board and other Corporate Foundations including the Carnegie Foundation. They played a key role in funding teachers, schools, Universities, researchers, and curriculum and in so doing garnered influence and control of modern education. Their funding and associated Board control allowed them to control research grants, what behavior was rewarded and who was in charge. The resulting system of schooling creates a docile workforce, used to obeying commands, but not rewarded for thinking critically. This is just what the financial elite had in mind. It makes the population easier to control and more predictable. As Frederick T. Gates, business advisor to John D. Rockefeller, said,

“In our dream we have limitless resources, and the people yield themselves with perfect docility to our molding hand. The present educational conventions fade from our minds; and, unhampered by tradition, we work our own good will upon a grateful and responsive rural folk…” 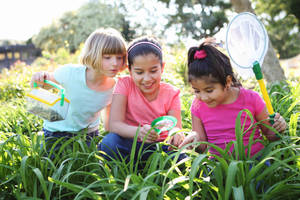 We’re promoting a radical shift in education. Ultimately we want to create a society where each individual is free to pursue the type of education that most appeals to his or her passion, need, and learning style to promote critical thinking and creative expression. In order to achieve this, we cannot resort to the usual state school solutions — throwing more money at a fundamentally flawed system will not help in the long run. Instead we want to encourage strategies that break down the state monopoly on education and empower all people to choose where and how they want to learn. Clearly this will require that people have more of their own money to choose how to spend. As it is now, everyone is paying for a dangerous and unproductive system of forced “schooling” that virtually incarcerates and indoctrinates children for over a decade. In fact, today in the United States’ largest cities, public High School graduation rate is as low as 59%, and those who do graduate often do so at great expense to their emotional, spiritual, and true problem-solving development.

As we recreate the financial system to empower people instead of the corporations of the elite bankers, we could free up funds from taxes so people could financially support their own education options. People would be free to choose where and how they were educated. This would force schools to compete for students and come up with attractive, affordable, effective education models. This basic strategy to reform the education system allows a holistic approach, along with an emphasis on individualized learning paths and critical thinking — two characteristics that are not offered by State-run, standardized-test driven schools.

The transition out of State-mandated schools requires that people have money to work with on their own, and that of course is linked to Economics. Justice and Governance are also involved, because in order to transition out of the inefficient, ill-conceived models of State-run education, regulations and taxation need to be transformed. This process also requires that people see and think beyond the superficial arguments that assume we need to be dependent on authorities to provide for our meager pittance of “services” instead of empowered to create and fund our own voluntary solutions. Understanding the Prussian history of how our current system came to be and the effects it is producing help provide the impetus for these next steps. For a breakdown of the numbers and how this could work, see Chris Cardiff’s article, What About the Poor?


Get Educated, Think Critically and Share your process with others
Start, Join, or Support Alternative Education Programs 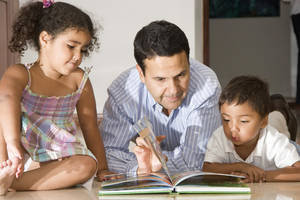 Below are some materials that we recommend. Consider all the views and take what works for you. This is what critical thinking is all about! And please add resources you find valuable in the comment section below.

There are already a number of compelling alternative schools that could be adopted on a wider scale including teaching co-ops, home schooling, private or charter schools, trade schools, online courses, and more. Check out some of the possibilities:

Parents are forming networks and cooperatives that bring a new approach to education all around the country.

We recommend this short clip on schooling and freedom and an outstanding documentary film about successful alternative schools, appropriately called “Why Do These Kids Love School?”

And we suggest you take a look at the following resources and consider joining or starting your own program.

The Alternative Education Resource Organization (AERO)
This site provides a comprehensive list — organized by countries and states — of schools that pose an alternative to mainstream education.
AERO’s “Start a School” Program
This program allows you to network with others who have started their own successful schools and access educational tools.
How to Grow a School: Starting and Sustaining Schools That Work
Author, teacher, and parent, Chris Mercogliano, provides a “how-to” support guide for anyone starting a school, while maintaining his belief that “no two schools should look alike.”
Unschooling
Another approach to education is to ditch the idea of schooling altogether and to support each child’s natural interest to learn. “Unschooling” is a growing subset of the homeschooling movement that is not based on any particular curriculum and does not follow any set structure. The underlying belief is that children are naturally curious and that they will learn as long as they are supported in pursuing their passions. It has been catching on in recent years, with some estimating that the unschooling population is growing by 10–15% every year.

The Unschooling Handbook: How to Use the Whole World As Your Child’s Classroom

Waldorf Schools
Developed in 1919 Waldorf schools provide an alternative method of schooling that is geared toward the dedication “ to generating an inner enthusiasm for learning within every child.” Less emphasis is put on memorization and testing more on experiential learning.
Nature Schools
The concept began in Scandinavia in the 1960s but has steadily spread through Europe and more recently the US. The basic premise is creative environmental based learning that focuses on creative problem solving rather than testing.
Home Schooling
There are about 2.2 million home-educated students in the United States that seems to continue to grow at an average of 2%–8% every year.

The key is to transition the government out of schools. There are already 8 million children in the U.S. who learn free of state control, so educational independence has already begun. The possibilities are endless. As we redefine the goal of education: to awaken, inspire and support one’s natural curiosity and capacity, we will reclaim our right and our power to create actions to fulfill our true potential, and to create a world that really can work for everyone.