Economist, former insider-turned-whistleblower, author of Confessions of an Economic Hitman. 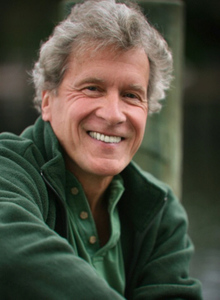 “I am certain that when enough of us become aware of how we are being exploited by the economic engine that creates an insatiable appetite for the world’s resources, and results in systems that foster slavery, we will no longer tolerate it. We will reassess our role in a world where a few swim in riches and the majority drown in poverty, pollution, and violence.  We will commit ourselves to navigating a course toward compassion, democracy, and social justice for all.”
- John Perkins

John Perkins is a former insider whose work contributed to the damage he now is passionately engaged in exposing. His New York Times bestselling book, Confessions of an Economic Hitman, details the inner-workings of international corruption, economic manipulation and the creation of a global empire. As former Chief Economist at a major international consulting firm where he advised the World Bank, UN, IMF, U.S. Treasury Department and the largest Multi-National corporations, Perkins provides a unique and well-informed perspective on the global domination agenda. He is now devoted to exposing the corruption and exploring solutions to create an international economic system that will benefit all. His newest offering is Hoodwinked: An Economic Hitman Reveals why the Economic Markets Imploded and What We Need To Do To Remake Them.
Link Embed
Close