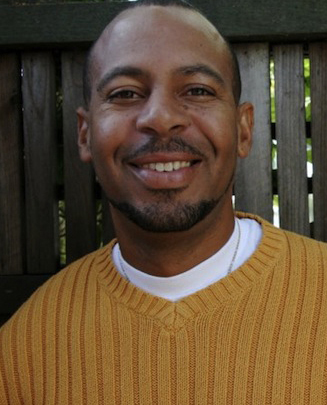 “Reverence is the quality of attention that we give to someone or something.  It’s our ability to see people beyond the experiences they have had and hold space for their highest possibilities to emerge.  I believe that ‘where the wounds are is where the gift lies.’  By exposing the wounds of our personal tragedies, guilt and shame, we subconsciously give permission to others to do the same, in some cases releasing generations of pent up anger and aggression.  Reverence is the convergence place of all of the movements of the past (i.e. civil rights, human rights, environmental justice, etc.) because at their root is a need to restore the vitality of the human spirit.  If we cannot imagine ourselves in the future with our so-called enemies playing a role in our salvation, we are all doomed to repeat the past.”

Aqeela Sherrills is a peace advocate, mediator, and spirit-centered activist based out of the community of Watts in Los Angeles, California.  As a witness to the brutality of gang violence, at age 19, Sherrills co-founded the Amer-I-Can Program to heal gang violence around the country. In 1992, Sherrills and his brother, Daude, successfully brought rival gangs, the Bloods and Crips, together to sign a historic peace treaty in Watts, L.A.  He and his brother also created the Community Self-Determination Institute in 1999 to tackle the overwhelming personal and social issues that underlie crime, drugs, and violence.  Sherrills currently Co-Directs Transformative Change (“XC”), a strategic partnership between two Bay area non-profits whose vision is rooted in co-creating a new paradigm where personal accountability, deep practice and leadership are core principals in a new movement for transformative social change. Sherrills also serves as the Principal of The Reverence Project, Owner/Curator of the Watts Arts Gallery and is the Southern California Outreach Coordinator for California Crime Victims for Alternatives to the Death Penalty.

Urban America Can be Trim Tab for Change - Aqeela Sherrills