Some good news about what’s happening in the Justice sector, I believe, is that we are not just waking up to the phenomenal abuse of power, but also to questioning the Government’s fundamental power to abuse. 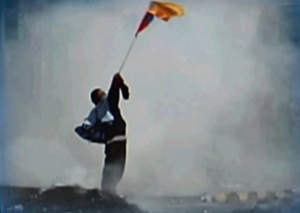 Foster: Hi Folks. Foster here. I want to take a few minutes today to talk about some things in the Governance Sector and give a little Justice update. In the shadow of Citizen’s United, the Supreme Court case that legalized corporations giving basically unlimited money to political campaigns, we now have the recent and horrifying McCutcheon v. FEC (Federal Elections Commission). This decision basically takes the limits off individual bribes (oops! I mean campaign contributions) to individual parties, to individuals themselves, and to political PACs (Political Action Committees).

I want to unpack this a little bit because when I see the constant battling where one side says, “This is going to open the field for bribery” and the other says, “No, no, it’s a free speech issue” and then other people say, “Well, corporations should be people and therefore they should have free speech”, it’s obviously very muddled and complex beyond what common sense would dictate, at least to me. I want to suggest it’s always gone this way throughout history that when anyone is designated as being special, whether it’s a pharaoh or a king or a priest or a dictator or politicians or central bankers or secret agents, they will end up working covertly to spread and protect their artificial power over others until, finally, war or revolution or economic collapse affects what’s usually known as regime change. Then, that change is just the next regime. I want to suggest that the problem is the notion of regime itself. As Stefan Molyneux says, “It’s not just the abuse of power that’s the problem, it’s the power to abuse.” When people are fighting about campaign finance reform and whether or not corporations should be able to literally take their employees’ and stock holders’ money and pour it into both sides or more parties in a political campaign in order to make sure that they get their way no matter who’s elected, is that really the way to build a sustainable civilization? What I keep coming back to is that the notion of anyone either getting voted into or buying their way into having power over other people is so dangerous and unjust, especially in the age of suitcase sized nuclear weapons and bacterial and chemical warfare and so forth, that if we’re going to make it, we have to find another way. I think that other way is ultimately transcending the whole notion of anyone ruling over anyone else.

I’ll comeback to that in a minute, but I want to give a little bit of good news that’s actually in the legislative area. This is what I would refer to as Stage 1 events in the THRIVE 3-Stage Solutions Strategy, where we’re trying to bring as much integrity as we can to the existing system. Here are a few highlights… The Washington State Senate recently passed an anti-drone bill, 46-1. The South Carolina House voted to restrict drones, 100-0. In Oklahoma, the House voted to nullify Agenda 21, 66-26. (Any of you who are not aware of Agenda 21, in short, it’s the covert, U.N.-backed globalist plan for the government to take over resources, property, and political control at the grassroots level with thousands of communities being flipped simultaneously, all under the guise of sustainability. I’ve got a lot more information on this in a blog that I did specifically on Agenda 21 that I’ll link to underneath this blog.) Idaho has introduced a bill that effectively nullifies the new federal gun control measures and in Missouri, their Senate voted to nullify federal gun control, 23-10. (For those of you who might be surprised by me presenting these last decisions as good news, for those who think that people should not have access to weapons to protect themselves, I recommend that you look at my prior blog that goes into the details of the risks of leaving arms only in the hands of the State, the military and criminals. It will show you my thinking on how most major dictators from Mussolini and Stalin and Hitler and Mao have preceded their lethal regimes with massive disarming of the people in order, obviously, to prohibit resistance that would have come later on. I’ll put the link to that article, inspired by Sandy Hook, down below the blog as well.)

So what do all these stories have in common? From one perspective, people are trying to use the government and the court system to stand up for their rights. Ideally, from my perspective, none of this begging for rights from authoritarian rulers or frequently co-opted courts should be necessary because no person or organization should have rights that all people don’t have. I believe that any individual or corporation that is violating any person, their privacy, or their property should be prosecuted and need to provide restitution. These legislative wins that I refer to are examples of that Stage, of bringing as much integrity to our existing institutions as we can while we’re transforming our society to a free one. As we learn to move into self-ownership and self-governance, where there are defensive rules to protect against aggression and fraud, hopefully we’re going to look back at the obvious evidence showing government to be the most lethal concept in human history with over 200 million deaths just within our governments’ own so-called jurisdiction in the 20th century alone. People who want others to rule them can set up their own special colonies for self-selected coercion, but the rest of us, following the principle of the non-initiation of force, will be free to love, to prosper, and to thrive.