Why would we risk all life on Earth by unleashing the most dangerous pollutant ever discovered when there are safe, sustainable and cheap alternatives? 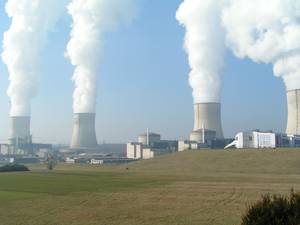 Some of the threats posed by nuclear power plants include:

The nuclear industry has been attempting to convince politicians and the public that nuclear energy is a safe, viable, and environmentally friendly solution to our energy crisis. This dangerous deception is simply not true.[3] And in fact, there are far better alternative energy solutions that cost a lot less and are not harmful to our health or the environment. To learn more about it check out the “opportunity” below.

OPPORTUNITY: We Can Access Electricity Without Harming the Planet or Ourselves

There are far better alternatives to nuclear power.  They include “New Energy” devices, solar, wind, geo-thermal, and more. Rather than crashing, crunching and exploding atoms (and trying to control all the risks and results) we can blend with the natural movement of energy in the Universe to produce all the power we need. The good news is alternatives are already available, now it’s just a matter of making the shift. Here are some possibilities: 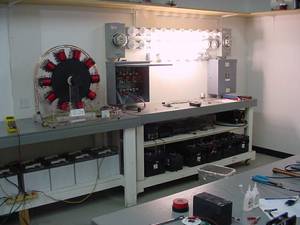 John Bedini's Monopole Device.
Watson, Claire
The most potential for clean, renewable, and infinite energy exists in what’s called “New Energy” technologies, including Radiant, Zero-Point and Magnetic varieties. Resonant (rather than “explosive” – combustion, fission and fusion) technology devices access the energy that already surrounds us. They are not “perpetual motion” machines, because any mechanical device will eventually wear out, but they are “over-unity” – meaning that once initiated, they can provide significantly more electricity than it takes to run them. It means that a source of infinite energy is available to everyone – you don’t need coal, oil, the sun, or the wind.  These devices have been brutally suppressed by those with vested oil interests,  but have huge potential for humanity.  Now is the time to spread the word about these devices and to support research, development and business ventures to create affordable devices for everyone. To check it out in more detail, go to the New Energy Technology section of this site.

It will take time to fully fund, research and develop New Energy Technology. In the meantime, wind and solar are good alternatives to current polluting energy industries. However, because wind and solar require intense use of materials, they are not sustainable in the long term. We therefore view them as a temporary improvement on the way to an even cleaner energy future. 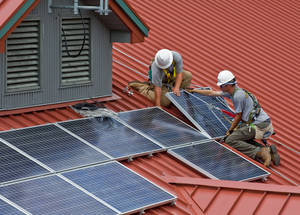 Getting energy from the sun is a good alternative. Solar is growing by more than 40% every year and is taking off in countries such as Germany, China, and Japan. Solar is an exciting opportunity for the 1.6 billion people who are not connected to the grid – many of which are in poor, rural communities in developing countries.  These people can bypass the step of connecting to the grid, and get relatively cheap rooftop solar water heaters. In fact, China has already installed at least 40 million of them, the equivalent of 54 coal-fired power plants.[4] It’s also estimated that the sun-drenched southwestern United States has the ability to generate 7,000 gigawatts of electricity, about 7 times the amount currently generated from all sources in the U.S. combined. With a combination of solar plants in the Southwest and wind turbines in the Midwest, the U.S. could easily generate enough electricity to power the nation.

Find out how communities in California are making solar more affordable and accessible for everyone. (Click Here) 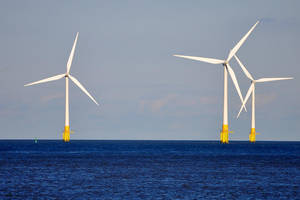 Global wind generating capacity went up almost 26% in 2006.[5]  Denmark is now powered by at least 15% wind power and other countries around the world are making similar advances. In the U.S. there is enormous potential for growth in the wind industry. As the Earth Policy Institute’s Lester Brown says, “The U.S. great plains are the Saudi Arabia of wind power.” Texas, North Dakota, and Kansas alone have enough wind to power the entire nation.[6]

WHAT CAN I DO?

Create Your Own Petition to Oppose Nuclear in Your Area - Two great resources to do this are Causes.com and Avaaz.org.

[2] The Economics of Nuclear Reactors: Renaissance or Relapse? by Mark Cooper, Senior Fellow for Economic Analysis Institute for Energy and the Environment. June 2009. http://www.nirs.org/neconomics/cooperreport_neconomics062009.pdf