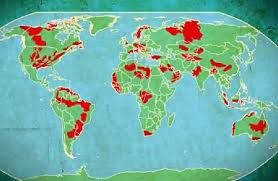 By Foster Gamble with Erin Breech

I have a fun relationship with our mail delivery person. She said we’re the only household she’s seen in her 25 years of mail delivery who subscribe to publications from such a wide range of perspectives. At first, she had to recheck the address listed on each magazine, to be sure they were all really meant for the same person!

As most people in the Thrive network must realize by now, I am deeply committed to seeking truth about our predicament and workable solutions however I can come by the relevant data and perspectives. So I read, view and listen to a whole spectrum of researchers, analysts, philosophers and propagandists — from the leftist Nation magazine, New York Times and MSNBC to the right wing Fox News and the globalist Foreign Affairs (the journal of the Council on Foreign Relations), as well as libertarian and voluntaryist sources like lewrockwell.com, freedomainradio.com and larkenrose.com.

The disagreement of intelligent people makes me think for myself — to determine what makes sense and aligns with facts, reason, moral principles and my own inner guidance. It also sharpens my ability to recognize political spin for being just that.

So this is the process I engaged in to better understand fracking. Fracking is the term for hydraulic fracturing, the process of drilling and then blasting fissures in rocks thousands of meters under the earth with water, sand and numerous chemicals to release trapped deposits of gas and oil. 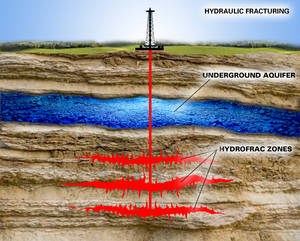 There are already over 500,000 fracking wells in the US alone. Since most sources only give one side of the picture, I am going to offer a review of conflicting opinions before getting into what actions we can take to stop it. That’s because after my immersion in the subject I am convinced that we need to stop it. But first let’s see what proponents have to say to justify this rapidly growing technology. 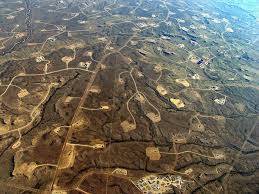 Because of fracking, the United States, some say, is poised to surpass Russia as the world’s second-biggest oil producer by the end of the decade and could even surpass Saudi Arabia. This could mean: 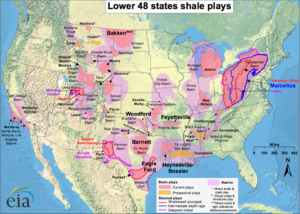 With this kind of argument, what’s not to love? Well, actually, quite a bit.

Let’s take a look at the downsides of hydraulic fracturing. 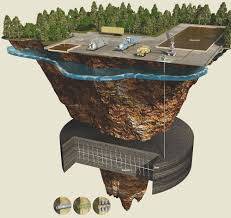 The main advantage facilitating the disproportionate boom in fracking in the US is the property right that says a landowner owns his or her parcel down to the center of the Earth, (and therefore can make money off the drilling lease). That could change.

People should have rights to justly gained property, but not to violating other individuals or the overall integrity and sustainability of eco-systems on which healthy lives depend. Most governments outside the US claim possession of all earth beneath the surface. The Queen in the UK has just announced the intent to reclaim all private property beneath ground for the crown. 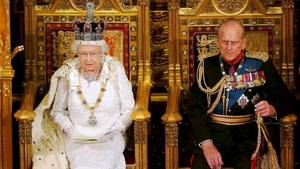 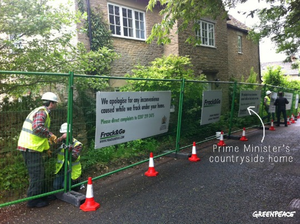 Recently Greenpeace came up with a brilliant way to highlight the hypocrisy and unfairness of the proposed UK imposition on property owners. They “claimed” the Prime Minister’s house as a fracking site.

I can’t help but think of the practice of fracking as an outright rape of an ecosystem and the species inhabiting it. Is that hyperbole? Well, if you are forcefully penetrating your tube into “mother Earth,” then exploding and damaging the well-being of a living system, before moving quickly onto the next opportunity, the similarity of the energy dynamic is stunningly similar.

It’s another weapon of mass destruction, and it is not only dangerous, it is completely unnecessary. As I describe in THRIVE, I have had the opportunity to prove for myself the reality and viability of new energy technologies that are completely clean and abundant. These technologies, were they allowed to come to market, would completely obsolete any excuse for gas extraction through “fracking” (hydraulic fracturing) — as well as the dangers and environmental destruction caused by coal, oil and nuclear! 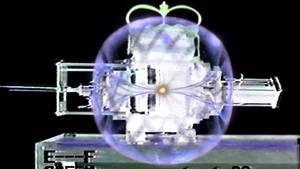 Remember, over 30 new energy inventors have been specifically suppressed and more than 4,000 alternative energy patents have been confiscated by the US Patent Office. Why would new energy technologies be suppressed while these other destructive technologies are forced on this bountiful planet and people?

I think we need to look at fracking through the lens of the Global Domination Agenda to understand the answer to that.

The whole notion of a group of people planning to control “the world” and all the people still seems far fetched to many. But how is it that a process so unstable, destructive, dangerous and unhealthy can “suddenly” show up without anyone hardly seeing it coming? Where was the debate? The full disclosure? Instead, it is unleashed in a well organized, efficiently implemented plan that has people sick, infertile and dying before most people even know what the term stands for. This is what conspiracy looks like, unfolding one interconnected issue at a time.

Let’s just say you were a central banker hell-bent on controlling the world. How would fracking look to you?

I could go on, but I am beginning to get a headache and nausea, and they are not even fracking near me yet! (It’s been banned in the county where I live.)

Now let’s look at this issue through the Liberty Perspective.

What are the principles, which transcend politics, by which we can be guided in effective action?

Integrity — Honesty and full relevant disclosure in all our dealings

Precautionary Principle — Each individual and corporation needs to demonstrate the safety of chemicals and practices before exposing people, creatures and eco-systems to them.

The Non-Aggression Principle says I don’t get to hurt you or steal your stuff. Poisoning your water, giving you headaches, nausea, vomiting, infertility or cancer qualifies as hurting you!

Were the corporations not protected by the state, the insurance claims for injury and property violations through fracking would eliminate the practice as quickly as the lawsuit Karen Silkwood vs. Kerr-Magee shut down the building of nuclear power plants. When that corporation actually had to pay up, others didn’t want to risk being held accountable themselves. When companies have to be accountable for their damages through internalizing the environmental and health costs of fracking, rather than subsidized through our taxes, the practice will no longer be viable. Only the monopoly on force of “the state” shields the companies (through “limited liability”) from lawsuits that would be inevitable if the ingredients and impacts were made public.

One family was recently awarded $3 million in the first US fracking trial. An avalanche of claims should follow. And one day the individuals responsible for the decisions that create these dangers will be liable and the ethics of our world will have soared to a new level. I am confident that this is what personal accountability and the right to non-violation through the Liberty principles will make possible.

I am convinced that Principles can guide us in solving this and other dangerous issues. Politics won’t ultimately carry the day. Meanwhile, people are using the political process with some success to achieve bans against the invasive process of fracking.

Here’s a glimpse at some bans already successfully created to protect individuals and eco-systems. 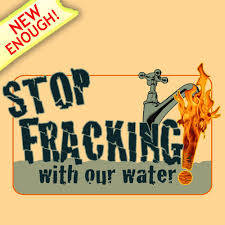 What can you do to begin standing up against the rape of the environment where you live? 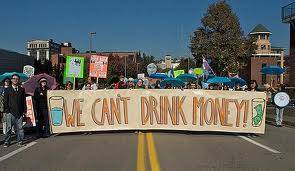 Speak up against the suppression of new energy technologies that align with nature rather than destroy it. The payoffs from renewables, especially “new energy” will be vast — in health, jobs, prosperity, security and morality.

We invite you to consider this issue deeply, and when they come to drill in your area, stand up, speak up, link up and say “No fracking way!”