Our health care system has a fundamental flaw: more money is made when people are sick rather than healthy. Pharmaceuticals profit when they sell more drugs and doctors make more money when they see more patients. 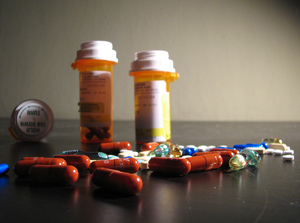 How did we develop such a backwards system and why is there so much emphasis on treating sickness with pills? When I followed the money, I found that the same banking elite who control all major areas of human endeavor – such as oil, food, and education – are also behind the current health care system. The Rockefeller Foundation plays an integral part in funding universities to teach drug-based medicine. They then profit from investments in major pharmaceutical companies. At the same time, the American Medical Association (AMA) and major pharmaceutical corporations – also backed by the banking elite – lobby and fund politicians in Washington while suppressing viable health alternatives. You can learn more about this history of control and suppression in the “Follow the Money” section of the website.

How has this influenced the health care system we have today?

What’s wrong with the Pharmaceutical industry?

The pharmaceutical industry is one of the most powerful, profitable, and influential industries in the world. Here are some of the key problems:

The AMA is the largest association of physicians and medical students in the U.S.

Pharmaceutical corporations – such as Pfizer, Johnson & Johnson, GlaxoSmithKline, Novartis – and the AMA have a partnership to enforce allopathic medicine and suppress alternatives. They receive support and funding from the banking elite who are largely responsible for our current health care system and they continue to profit from it.

The human body is designed to thrive. Being healthy is its natural state. When you introduce unnatural substances, our bodies become unbalanced.  This realization has led many people to take a more holistic approach to healing that addresses not just physical symptoms, but also thoughts, emotions, lifestyle, nutrition, and loving relations.  This acknowledges that the human body is a whole integrated system equipped with a powerful immune system to fight off sickness and disease.  Alternative practices — such as naturopathy, acupuncture, homeopathy, and traditional Chinese medicine — assist the body’s natural ability to heal itself.

Most holistic healing practices are not covered by health insurance. This makes it nearly impossible for low-income individuals to get alternative care. As we consider new health care systems, this should be considered and addressed so that everyone has a choice in the type of care they receive. To learn more about this, you can check out the THRIVE solutions strategies.


[1] Top Pharmaceutical Lobby Spenders in 2007 by the Center for Public Integrity: http://projects.publicintegrity.org/rx/images/Chart_1.jpg

[3] For more details on how this is achieved, check out a study by the Journal Sentinel: Drug Firms’ Cash Skews Doctor Classes investigating the University of Wisconsin’s drug ties: http://www.jsonline.com/news/42064977.html

[5] Biopiracy: A New Threat to Indigenous Rights and Culture in Mexico by Global Exchange. April 2001: http://www.globalexchange.org/countries/americas/mexico/biopiracy.pdf