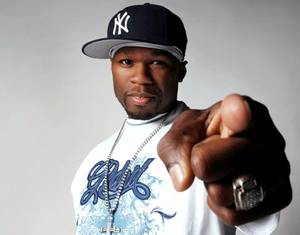 As an investigative journalist, I’m naturally drawn to courageous people. They challenge me to put myself in their shoes and imagine what I’d do. So when I saw a book on Fearlessness by Curtis Jackson, aka the rapper 50 Cent, I dove right in. He wrote The 50th Law with historian Robert Greene, and it chronicles lessons the rapper learned in the hood as an orphaned hustler, and how he parlayed his experiences into a successful music career.

The book offers a lot of strategic advice amidst some wild stories from Jackson’s life. He is a realist to the core, and articulates well how our worldviews determine what we see. To avoid being blinded to what is really going on, he tries on a different worldview every few weeks — to see what that changes, what part of reality his worldview might have been eclipsing. It’s a bold strategy, one that takes a lot of self-reflection and honesty.

“Reassess Yourself — Detachment: “Your increasing powers of observation must occasionally be aimed at yourself. Think of this as a ritual you will engage in every few weeks — a rigorous reassessment of who you are and where you are headed. Look at your most recent actions as if they were the maneuvers of another person… The goal here is not to beat up on yourself but to have the capacity to adapt and change your behavior by moving closer to the reality.”

The 50th Law states that in a world of endlessly changing and challenging circumstances, there is one thing we can actually control — “the mind-set with which we respond to these events around us. If we are able to overcome our anxieties and forge a fearless attitude toward life, something strange and remarkable can occur — that margin of control over circumstances increases. At its utmost point we can even create the circumstances themselves…”

Intertwined with many pearls of wisdom, fun stories and valuable suggestions about fearlessness are some claims and values that I don’t share at all, and in fact consider quite dangerous. Personal power is almost entirely discussed in terms of aggression, war, and power over others rather than personal power as it relates to integrity, sovereign rights, or virtue. And they talk about deceit, manipulation and force as inevitable strategies for domination.

The book essentially discusses power without unpacking its relation to ethics. The authors quote Mao and Machiavelli with no apparent regard for the destructive application of their personal power — as if they actually respect what those men did simply because it was powerful. They essentially operate as if the only two options are to dominate or be dominated. I understand how they could arrive at such a limited option; it is the predominant worldview of our day. Our whole energy paradigm is based on scarcity, as if there is not enough to go around. Same with politics and economics. Distinguishing “power within” from “power over” doesn’t just reflect a quantum shift in consciousness, it reflects the key distinction I believe humanity is going to have to make in order to survive and thrive. But that distinction did not happen in this book.

So here I was, immersed in a book I found to be invigorating, infuriating, misguided, and insightful, all at once. It challenged me to reflect, which is one of the things I love most about exposing myself to people whose worldviews are different from my own.

In fact, this practice of exposing myself to different perspectives and culling the information and insights that I find personally useful while seeing how someone else experiences the world is one of my favorite ways to learn — about myself, and about the world. It was one of our core research strategies in the course of making THRIVE.

It was foundational to our formulating the whole three-stage solution strategy that we developed in THRIVE for transcending the dangerous and painful state of the world. We designed the stages to take the best of the Left, the best of traditional Conservative, the best of Libertarian and then ultimately the best of what can happen when politics itself is replaced with principles based on non-violation, integrity, accountability, and personal sovereignty. Only by immersing in the philosophy, history, strategy and tactics of each of those worldviews could we have culled the best of each.

So when we released our film and website, we referenced a huge array of books like The 50th Law — ones from which we benefitted but with which we definitely did not fully agree. I was surprised when we got attacked for that, claiming guilt by association. The gist of the allegation was that if someone whom I acknowledged learning from also made claims that I didn’t agree with, I was, by virtue of referencing them, aligning with all of their assertions.

How unexpected that was! I don’t think I agree 100% with anyone, let alone the thousands of people from whom I have learned as I have pieced together my own ever-evolving worldview. But I discovered that guilt by association is actually a common strategy for undermining truth and keeping us separated from one another.

The notion that I would only read books by or hang out with people with whom I already concur on all values, insights, and information seems to me a dangerously limiting proposition. It may keep the conversation “safe” and seemingly harmonious, but it doesn’t challenge me to inspect my values, or question how my assessment of reality is impacted by my beliefs. It doesn’t give me an opportunity to understand someone who thinks differently from me. Nor does it encourage me to practice fearlessness — that bold willingness to speak up for my truth in a situation where my silence would otherwise imply agreement.

As 50 Cent says, “To free yourself from fear you must work backward. You start with the thought of your mortality. You accept and embrace this reality. You think ahead to the inevitable moment of your death and determine to face it as bravely as possible. The more you contemplate your mortality, the less you fear it — it becomes a fact that you no longer have to repress. By following this path, you know how to die well, and so you can now begin to teach yourself to live well.”

I suggest one of the keys to living well is true listening. Next time you’re with someone who has a different worldview from you, especially one that really pisses you off, I hope you will take a moment to listen deeper, ask a question to understand better, explore the nature of their — and your — underlying beliefs. And be respectful, even grateful for the opportunity to learn more about yourself, about them, about the hopes, fears and experiences that form the different lenses through which we see, and create, the world.