What if citizens were given a choice over the type of government they wanted? What if people were really to have a say in the decisions that were made in their community, state or country? What if people were free to choose where their taxes go, or could opt out of paying taxes if they didn’t want to receive or support the services that they funded? Could we self-govern and create more resilient, peaceful, prosperous communities?

Danger: Involuntary Government Limits Our Potential and Violates Our Rights 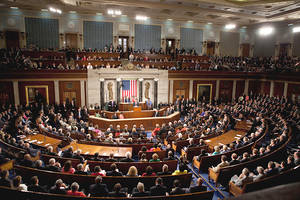 Today, involuntary governance is all that exists. When you step back to look at what government really is, it basically comes down to a group of people who are granted more power than the rest of us. They are able to make laws that we have to obey, they are able to charge us money in the form of taxes without our consent, they are able to put us in jail if we don’t go along with their self-proclaimed power, and they are able to go to war – with our money – without our approval.

It seems like such a radical notion that it is common to reject without really exploring it fully. We have chosen to examine our assumptions about government and are grateful that there are many great thinkers who have devoted their time and energy to exploring the problems and the solutions related to involuntary governance. People often say that government is necessary for protection. But governments have killed more of their own citizens and innocent civilians than any other institution in history – more than 200 million people in the 20th Century alone.  Would voluntary governance result in this kind of brutality and violence?  The fact that all current governments are involuntary – ranging from dictatorships to democracies – puts them at risk of being overthrown. Involuntary governments create state militaries not necessarily to protect the people, but to protect themselves. In a voluntary society, would we even need state militaries? Would war be necessary at all?

Involuntary governments also require money to be funded, which is collected in the form of taxes. The people have no say in how taxes are spent and we are required to pay them. Americans are terrified of the IRS. How is it that government can order us to fund their activities without us having a say in it? This economic dynamic doesn’t exist anywhere else. People in society make money by voluntarily selling goods and services or by receiving voluntary gifts. The government, on the other hand, collects money by force. Imagine if people had a say in where their taxes went. Would we be spending so much on the military? Would we have taxes at all? What if we only puts funds toward services we wanted, and kept the rest of our money to support the businesses, inventions, educational opportunities and upkeep of our infrastructure that we valued? Could we create a more prosperous economy if involuntary governments didn’t collect a large portion of our income?

Making the transition to voluntary governance will obviously take a lot of work, but we believe it’s absolutely essential if what we are after are equal rights and true freedom – not as a philosophical ideal but as a reality.  As discussed in our Solutions Strategies article, Stage One of the transition will likely involve reforming current systems to make governments accountable while taking care of those most disenfranchised without increasing the government’s funding or power – and at the same time empowering communities to organize on their own.  Some key areas to address include election and campaign finance reform.

The good news is a lot of valuable thinking has already been done envisioning voluntary societies. To learn more about it, check out the opportunity below.

Opportunity: Voluntary Governance Gives Everyone Equal Rights and the Opportunity to Prosper

Voluntaryism:  “The idea that all human interactions should be based on voluntary cooperation and those which are not, such as Government, must be abolished.”[1]

It is possible to have prosperous communities based on voluntary cooperation rather than government coercion.

Many people, including Murray N. Rothbard and Stefan Molyneux, have already committed years of research to mapping out a variety of voluntary systems that could replace government and promote choice in all aspects of our lives. The logic is profound; what remains to be fully developed is the transition strategy from where we are to where we need to go. We can use navigating insights, such as the principle of nonviolation (that nobody has the right to violate anyone else or their property, except in self defense) to guide the way. Practically speaking this would mean that we don’t grant more power to the government on our way to replacing its role with voluntary agreements. We would divert funds from the military budget, for example, to fund those who have been most disenfranchised from the system rather than create new taxes.

Some experimentation is already happening. The Freestate Project in New Hampshire is an “effort to recruit 20,000 liberty-loving people to move to New Hampshire where they will exert the fullest practical effort toward the creation of a society in which the maximum role of government is the protection of life, liberty, and property.”  They are actually using a “Critical Mass” approach, where once they have 20,000 people who have committed, then they will move to New Hampshire and make a big impact all at once. As of July 2011, they already had more than 11,000 participants and close to 1,000 had gone ahead and are now living in New Hampshire. New Hampshire is a unique State that could be a testing ground for voluntary government and Stage 3 solutions (link). It already has no general income tax, no general sales tax, a Constitution that does not mandate a public school system, and legislation that forbids it from participating in the Real ID System or any other national ID card in the future. It is friendly to voluntary and self-governance ideals and could be an example of how to transform the system from within the current government structure.

Voluntaryism image by Nielsio.
There is also a growing voluntaryist movement raising awareness around the moral problems and hypocrisy of our current government.  Their strategy to undermine and end involuntary government focuses on non-participation and education. We believe it will ultimately take a variety of approaches, working both within and outside of government to make the necessary changes to form a voluntary society.

Speak Up
Most people are unfamiliar with the idea of voluntary governance, and very few question the authority granted to government.  You can change that. Talk to friends and family and get the conversation going – it’s always an interesting one.  The more people who talk about these ideas, the more likely a movement will grow to expose the problem with involuntary government.  Check out our Conversation Starters for some interesting questions and facts.

Participate in Stage 1 Solutions – Such as Campaign Finance Reform and Election Reform – to Hold Politicians Accountable
To get involved in election reform, check out the Election Defense Alliance, Why Tuesday?, and the Verified Voting Foundation. To get involved in campaign finance reform and prevent corporate bribery of elected officials, check out Public Campaign: Clean Money, Clean Elections.

[1] This definition is from the Voluntaryism Organization Facebook page.