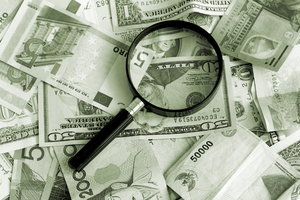 Our food system isn’t working. There’s enough food to feed everyone, and yet one out of every six people are starving.  At the same time U.S. agri-business is the second most profitable industry next to Pharmaceuticals, with an annual value of more than $800 billion.[1] Agri-business is dominated by a handful of international corporations – among them Monsanto, Cargill, Bunge and ADM.  This is no accident.  If you trace back the money behind our flawed agricultural system, you’ll see that it was initiated by Rockefeller funded research and designed to benefit the same financial elite who gain in all other sectors of human endeavor. It is designed to breed dependency on bio-tech and oil companies, both of which are largely influenced and controlled by the Rockefellers.

What’s wrong with our food system?

Conventional farming practices are destroying our environment through the use of pesticides, herbicides and chemical fertilizers and GMO’s.

Pesticides: Our food is being sprayed with pesticides that have serious health and environmental consequences.

Oil Dependency: Single crops are planted over vast areas, with no other plants interspersed, known as monoculture. This requires more pesticides, herbicides, and fertilizers that are all petroleum based.

GMOs: Our ability to grow and consume healthy food is threatened by genetically modified seeds. This is because GMOs can cross-pollinate and contaminate other seeds with their genes. Some GMO seeds are even made so they can’t reproduce, called “terminator” seeds.

1940’s – The Green Revolution - The Green Revolution of the 1940’s introduced the type of farming we have today.  It was initiated when the Rockefeller Foundation’s Natural Science Division combined with large agricultural companies. Their plan was to introduce a type of farming that required pesticides, herbicides, and fertilizers – all petroleum based – to make money for themselves and centralize even more control. Green Revolution agriculture has added great costs to the consumers in the form of taxpayer subsidies and environmental harm.

1971 –The Consultative Group on International Agriculture Research (CGIAR) - The Rockefeller Foundation, World Bank, and Ford Foundation established the Consultative Group on International Agricultural Research (CGIAR) in 1971. Today it operates under the World Bank, with 15 international centers, 64 partners, and spends around $350 million every year.  Much of its work has been spreading GMO’s to developing countries.[2]

The International Service for the Acquisition of Agri-Biotech Applications (ISAAA) - The ISAAA says it “delivers the benefits of agricultural biotechnology to resource-poor farmers in developing countries.” The Rockefeller Brothers’ Fund contributed financially to the founding of ISAAA [3] and the Rockefeller Foundation remains a major donor.[4]  It operates 3 regional centers – in Kenya, the Philippines, and Ithaca, New York. The center in the Philippines – the International Rice Research Institute – was established in 1960 by the Rockefeller Foundation and the Ford Foundation.  The ISAAA is a way for the elite to gain control of global food systems and breed our dependency on biotech companies. Other current donors to the ISAAA include Monsanto, USDA, and USAID. [5]

2006-Present – Bringing the Green Revolution to Africa - The Rockefeller Foundation and Bill and Melinda Gates Foundation are the founding partners and funders of AGRA, the Alliance for a Green Revolution in Africa. In 2006, the Rockefeller Foundation put up $50 million of initial funding toward the project and the Gates Foundation put up $150 million. [7] The stated focus of AGRA is to increase crop production, which involves the same harmful farming practices we experience now, including heavy pesticide use, planting of GMO crops, and training of African scientists and farmers to spread this model throughout the continent. AGRA has all the same financial beneficiaries, and human and environmental consequences as the Green Revolution in America.

On the surface it may not seem like government agencies, officials, or politicians would go for this type of farming, especially when it has proven to be harmful. But when you follow the money and connections between industry and government it begins to make more sense.

The USDA gets a share of GMO sales - The USDA is supposed to be responsible for assessing the impacts of GMO crops, but a study of over 8,000 GMO field test applications showed the USDA didn’t require a single environmental assessment.[9] This makes sense when you follow the money to discover that the USDA has a contractual agreement to receive nearly 5% of the net sales of any commercial products using Monsanto’s Genetic Use Restriction Technologies such as “traitor” GMO seeds. [10]

Revolving door between government and industry - A number of people have gone back and forth between positions in government agencies and Monsanto, the largest biotech company in the world. Alongside the Rockefeller Foundation, Monsanto is largely responsible for spreading the use of GM crops around the world.  By infiltrating government agencies, it is able to uphold its own interests.

When we get to the headwaters of the control stream, we find that chemical-dependent farming and biotechnology are financially beneficial to the same elite few.  The Rockefeller’s show up again and again – creating the so-called “Green Revolution,” forming major international organizations devoted to manipulating and dominating biotechnology, funding GMO research and development, and currently pushing to bring the same agricultural model to Africa.

Learning to see through the lens of the Global Domination Agenda and understanding  the structure and tactics for manipulation can help us resist this destructive dominance and come up with alternative models that truly empower people to grow healthy food around the world. It is an example of where the experience in the West can be shared with people in Africa organizing resistance to this dangerous trend.

[3] Devlin Kuyek. "ISAAA in Asia: Promoting Corporate Profits in the Name of the Poor." Grain.org: http://www.grain.org/briefings_files/isaaa-en.pdf

[4] "ISAAA in Asia: Promoting Corporate Profits in the Name of the Poor" Grain.org: http://www.grain.org/briefings_files/isaaa-en.pdf

[6] These numbers come from the Rockefeller Foundation’s own website: www.rockfound.org/library/01rice_bio.pdf