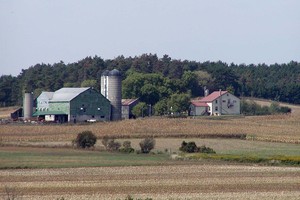 Jerome Daly nearly lost his farm to a bank, but made a brilliant case (First National Bank vs. Jerome Daly) defending himself that the judge could not deny. Daly argued that the bank never put up any real money for his loan – it had in fact, created it out of thin air – therefore lacking “valid consideration,” an essential part of the contract.  The bank's President confirmed this point, testifying that this was standard banking procedure and the court ultimately ruled in favor of Daly to keep his farm!

The implications of this case are huge, demonstrating that fractional reserve lending is an illegal practice due to the fact that banks merely put up digital dollars backed by nothing, while borrowers put up real assets such as their homes in order to secure a loan. What’s more astounding is that if the borrower fails to make a payment and the bank forecloses on them, the bank will seize the property without paying back the borrower for the amount they’ve already invested in the home. In this way banks accumulate more wealth and life savings are lost by those actually creating value in the economy.

Similar cases have been brought before judges in recent years without success, however, there are multiple ways to legally oppose foreclosures. Congresswoman Marcy Kaptur advises getting proper legal representation before moving out of your house.