Scan to See the Pattern of What Works - Barbara Marx Hubbard

The Essence of Spirituality 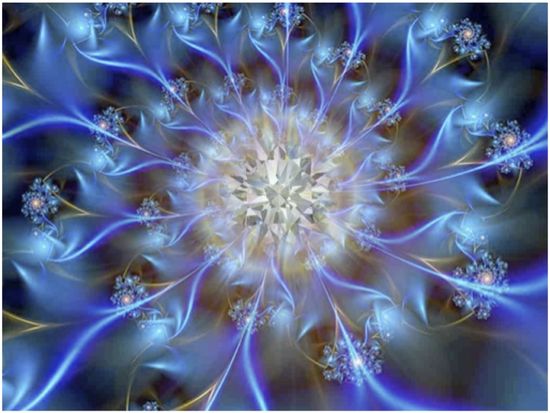 This is not intended to be a comprehensive archive on religious traditions or an exhaustive metaphysical treatise. Instead I am hoping to identify a few key experiences that humans seem to share, and some key principles in this realm that might help us navigate a sustainable and thriving journey on Planet Earth as it spirals through the cosmos.

Since we are suggesting that Spirituality is one of the key Sectors of human activity, it is important to inquire, “What then is this so-called ‘spirit’ that is presumed to be at the core of it?”

Here is one way that the rational led me to the mystical. Consider this:

If we observe ourselves to see who we are, in a very practical way, then we see a body, made up of cells, made up of molecules, made up of atoms, made up mostly of “empty space” with some sort of little “particles” – that seem not to be billiard balls, but more accurately whirlpools in a continuous sea of energy.

So what is cohering the trillions and trillions of whirlpools that make up one of our bodies? Virtually every cell in your body did not even exist seven years ago, yet “you” have been here throughout your life, so at least part of “you” must somehow be beyond the physical realm.

So who is this “you” who has taken birth, who heals your cuts and bruises, speaks to you inside as you are considering decisions, and stands in awe beneath the stars? 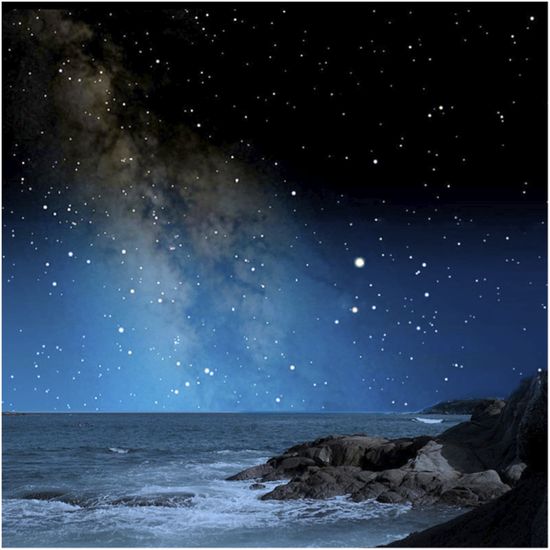 Even logic and science point to the notion that who each of us is in our essence is beyond material or “meta-physical.” So there is a strong likelihood that “we” travel on in different vibrational realms beyond the demise of the body.

There is a common phrase: “The only two things that are certain are Death and Taxes.”

Through the lens of THRIVE, even those can seem not so sure!

One simple definition for “spirit” is “a sense of self and of a relationship with that which is greater than self.”

I want to suggest a hierarchy of distinctions expanding out in scale from our physical bodies, to our personalities, to our minds, to cosmic consciousness. When we go to pick up a glass, the thought comes first and the intention organizes the arm and hand into action. So what if rather than physical beings, occasionally having a spiritual experience, we are actually spiritual beings having a physical experience? What if we have a body, rather than being encased by one?

When it comes to religion, I honor everyone’s right to believe whatever they want, but not to do others harm, even if their belief says it’s OK. After the “state,” the “church” is the second most destructive institution in recorded history. Think of the suffering, hatred and death associated with the words Crusades, Inquisitions, witch hunts, heretics, burnings at the stake, Arabs vs. Jews, Catholics vs. Protestants, Hindus vs. Muslims and on and on.

In trying to look to the essence of traditional religions, I like to picture myself visiting from another planet and going region to region, not understanding any language, and seeing people gathering in beautiful architectural structures, quietly contemplating, singing, burning incense, being kind to one another. 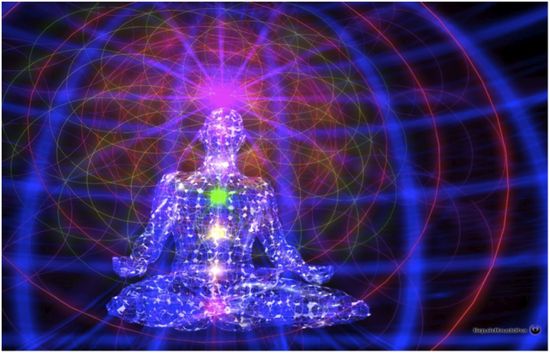 There is some sort of experience being sought by the individuals in these gatherings that is beyond borders, race, gender, class or creed. I think it’s something like tuning our small “s” selves to our large “S” Selves...quieting the noise of our personalities so the signal of purpose, of our connection to a larger sense of Spirit can ring out and fill our experience with a sense of belonging, radiance and joy.

Most traditional religions have a creed that is literally “unbelievable.” Virgin births, walking on water, talking snakes, parting seas, vengeful scourges, magic oils, immortal old white men sitting on clouds judging everyone...so people are asked to suspend their thinking and just “have faith.” And if we do, we run the risk of entering what Stefan Molyneux calls the “null zone,” where we subjugate ourselves to another’s ideas and demands – adopting their belief system at the potential expense of our own direct experience. It is actually very similar to how we are supposed to believe in the sanctity and protection of “the State,” despite all evidence to the contrary. It’s no wonder that both religions and the government start their indoctrination at a very early age, and fill it with threats as to what happens if we don’t believe and obey.

In my own quest, I have discovered that, as I clear out whatever blocks I have taken on - at the physical, emotional, mental, and interpersonal levels - my inner essence, my natural spirituality shines forth. I found I did not need to look outside of myself to another person’s beliefs, and especially not their requirements, to get it. It is who I am. I believe what we are looking for is what is looking!

Decades of scientific inquiry has led me directly into awe and gratitude for the infinite mysteries of creation that resulted in my being alive, in my being aware that I am here, and in my having the opportunity to discover and follow my purpose and to live and love with humans and all the other amazing species inhabiting Earth and the cosmos. This is the nature of my personal spirituality.

I find it particularly fascinating that the major physical artifact of all of the three biggest western religions – Judaism, Christianity and Islam – was the Ark of the Covenant. Check the Ancient Cultures section to see how the object of this legend seems to have actually been not a box for magic tablets, nor a phone to the man upstairs, but a device – an electrical capacitor – that tapped the “life force” itself.

I have spent decades studying comparative religions, mysticism, channeling, remote healing, near death and out of body experience, past life phenomena, meditation, brainwave biofeedback, self-hypnosis, Aikido, peak performance in sports and other disciplines. And they all support the notion that we are toroidal energy fields at every scale – holons embedded in an infinite holarchy, each distinct, yet connected with all others and at the center, One. 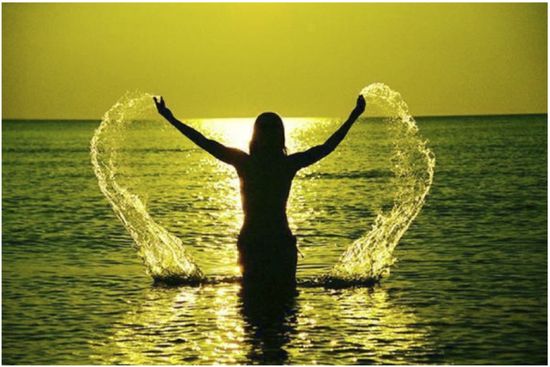 “The self, in a toroidal universe can be both separate and connected with the rest of the universe – a whole for each, but all connected.”
— Arthur Young

The would-be controllers who are perpetrating an agenda to dominate everyone on our planet have a vested interest in our not realizing this sort of thing because self-knowing and self-actualization give us boundless power – as long as we do not use it against others. That power is decentralized, available to everyone – uncontrollable from the outside.

“Why do you stay in prison when the door is so wide open?”
— Rumi

The spiritual essence of the big religions has often been stripped away by financial and political forces to turn the “flock” into blind followers rather than free and independent sources of wisdom and love. This is not to say that people can’t or don’t experience true spiritual awakening and find great inner peace and strength through the guidance of others, including traditional religious guidance. The point is that ultimately no intermediary is necessary and any who become mediators between the source of oneness and our unique selves can become dangerous, as history clearly demonstrates. Our true nature can be regained as we awaken to the boundless energy and compassion in our direct connection with the consciousness of the Universe and with one another.

“Infinite love is all there is. All the rest is illusion.”
— David Icke

Direct, non-exclusive, unmediated spirituality is free. It’s freeing. It doesn’t ask for abdication of our direct access to Source – just truth and alignment with natural principles. 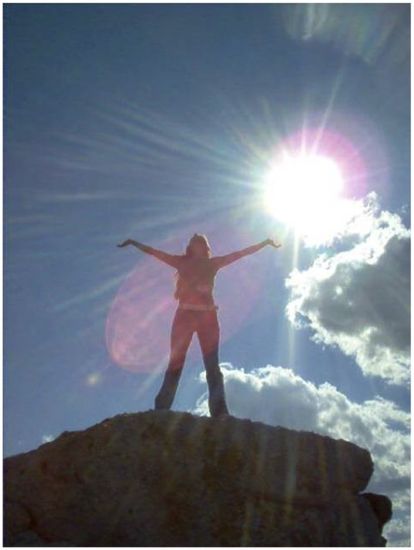 “The nearest each of us can come to God is by loving the truth.”
— R. Buckminster Fuller

The Essence of Spirituality

A personal sharing of experiences and key principles in the realm of Spirituality that might help us navigate a sustainable and thriving journey.
Read More
Link Embed
Close

Scan to See the Pattern of What Works - Barbara Marx Hubbard