DANGER: Genetically Modified Crops Are Getting into Everything and Everyone

Why would we risk our health, threaten evolution and become dependent on chemical companies for our food? 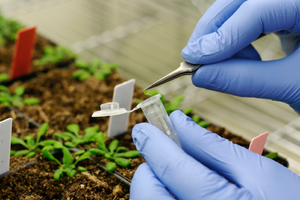 Genetically Modified Organisms (GMOs) have been altered by humans who force non-food genes – from other species – into the DNA of plants, changing the very nature of the food itself. Monsanto’s mutated seeds have taken over 90% of the U. S. soy crop and 95% of the corn. Wheat and fish are next on their agenda. Despite valiant and growing resistance around the world, GMO’s are still on the rise.

Why are GMO’s dangerous?

See how a small farmer has claimed a “moral victory” against Monsanto by charging them for contamination of his crops. (Click here)

How did we develop such an unhealthy food model? If you follow the money, you’ll find that this was a strategy initiated by the Rockefeller Foundation and large agricultural companies to breed dependency and gain more profits. To find out more, go to the Follow the Money Story.

OPPORTUNITY: Organic Farming is On the Rise and Becoming More Affordable 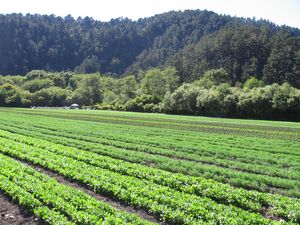 While GMO giants are desperately trying to dominate the agriculture industry, organic farming is rapidly gaining popularity. The number of certified organic farms in the U.S. has almost doubled in the last 10 years, which helps it to become affordable to more people.

Why is organic better?

There are still some problems with organic. For example, there are lots of industrial organic farms that only grow one crop, organic certification is expensive and the standards are being deceptively diluted.

Even more promising are the Permaculture and Biodynamic farming models. These go beyond organic standards and include more holistic approaches such as land conservation, biodiversity, and self-sufficiency.

WHAT CAN I DO? 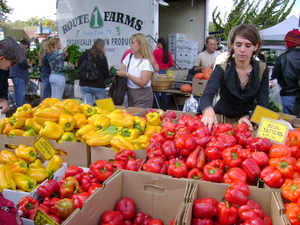 [1] Genetically Modified Foods by Amy Dean, D.O. and Jennifer Armstrong, M.D. This statement was reviewed and approved by the Executive Committee of the American Academy of Environmental Medicine on May 8, 2009. http://www.aaemonline.org/gmopost.html

[2] For example, Dr. Amy Dean, a Michigan internal medicine specialist, and board member of AAEM says, “I strongly recommend patients eat strictly non-genetically modified foods.” Ohio allergist Dr. John Boyles says “I used to test for soy allergies all the time, but now that soy is genetically engineered, it is so dangerous that I tell people never to eat it.”

[6] “The Multiple Ways Monsanto is Putting Normal Seeds Out of Reach”:

[8] Study by International Assessment for Agricultural Knowledge, Science and Technology for Development: http://www.agassessment.org/reports/IAASTD/EN/Agriculture%20at%20a%20Crossroads_Global%20Report%20(English).pdf