How does climate change relate to the banking elite’s effort to transcend national sovereignty, establish global governance and create a global tax to fund their dominance? 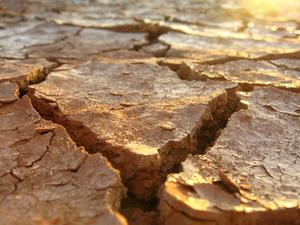 The debate around global warming can be challenging and controversial. It is often presented with extreme allegations on both sides: either human pollution is the cause of all global warming or pollution is just fine and there’s no problem, while we believe neither is the case. There are a variety of potential sources of climate change, each with a myriad of implications. Many scientists believe that geo-engineering in the skies, often referred to as “chemtrails” is having a dire impact on the weather. The Chinese have long-acknowledged weather manipulation, and the link between weather modification and war has been documented as far back as 1812. Others attribute climate change to human pollution in the form of Co2 emissions and still others attribute the change in climate to the natural warming cycle of the sun. Questioning the validity of any of these perspectives tends to ignite hostility, and it is astonishing how little open, respectful debate and discussion there is on a topic so impactful in all of our lives. Whatever the source, we at Thrive Movement believe that human caused emissions such as carbon dioxide from burning fossil fuels, methane from factory farms and nitrous oxide from pesticides and fertilizers must be curtailed. There is no question that they contribute to serious problems, including environmental pollution and health issues such as asthma.  We also consider geo-engineering and the heavy metals now raining down on people and plants present a major threat to our wellbeing as well as our ability to produce healthy food. We also believe that the evidence about the sun’s influence is compelling and needs further open minded inclusion in the discussion. Understanding the cause – or more likely causes – will help us create effective responses.

While the real open and public debate around global warming has been essentially non-existent, the general consensus is that greenhouse gases (GHG’s) are being released into Earth’s atmosphere at a growing rate – in large part due to human pollution – creating a greenhouse effect that traps heat in Earth’s atmosphere and warms the planet. While these emissions are clearly polluting our breathing air and causing a number of other environmental disasters, it does not necessarily mean that this pollution is causing the warming of the planet.[1]

Other theories and scientific explanations to explain global warming are virtually ignored.  For example, the impact of geo-engineering of the skies, chemtrails and HAARP, is not even acknowledged by the US government despite documented evidence of it taking place and of it having impact on the weather (see our article on human geo-engineering). Other evidence shows that other planets in our solar system are warming, suggesting that solar activity may be the cause of rising temperatures on Earth.[2]  Still other evidence suggests that the trend is already reversing and that certain parts of the planet are cooling.[3] In fact, Dr. Phil Jones, Director of the Climate Research Unit (CRU) at the University of East Anglia in the UK, admitted in an interview with the BBC in 2010 that “from 1995 to the present there has been no statistically-significant global warming.”[4].  Satellite-based temperature measurements, which are more reliable than surface readings, suggest that the most recent warming trend ended in 1998. The impact of the warming can still be felt even though there is good evidence the trend has reversed because geologic changes are slow to show up when heating or cooling.[5]

Given the increasing consolidation of power and decreasing sovereignty of individuals, communities, and nations, we have great concern that the carbon tax (being paid to the World Bank and enforced by the International Police forces) would provide the financial basis for an involuntary global government that further undermines the sovereignty of each nation. Doesn’t it make sense that something so consequential would be transparently discussed and debated? Instead merely questioning it is often met with hostility.

There is a lot of propaganda out on the part of those with vested interests in people believing one view or another. Those who point to solar activity as a cause of global warming are often ridiculed and accused of being funded by the oil industry, and those who point to chemtrails are called "conspiracy theorists" and those who promote the CO2 emissions theory are often considered to be aiding corporate pollution by supporting cap and trade and other programs that insufficiently address pollution and unknowing lobbyists for the one world government agenda. Who's right?

We think it's important to unpack the issue.  Global leaders, bankers, corporations and academic researchers have a lot to gain from pollution-caused global warming being accepted as truth. Without full, open discussion and debate, the public is encouraged to accept substandard and incomplete solutions, such as the global cap and trade system.

Cap and trade sets limits on carbon emissions and allows the worst polluters to buy “pollution credits” from those who are polluting less. Rather than limit pollution, it merely allows those with the most money to buy their “right” to pollute from others.  Cap and trade is the elite’s response to an oversimplified and self-serving interpretation of climate change and sets the stage for the next market bubble for the bankers to pump up and then dump. This is a typical strategy used by the global elite – they create or capitalize on a “problem”, instill fear in the people to get a certain “reaction”, and then propose a “solution” that will benefit themselves, at our - and our planet’s - expense.

This strongly suggests that we need to think bigger and have on-going, televised debates that are transparent about the relationship between corporate pollution, carbon tax and the global governance desired by the so-called New World Order. The debate would also need to address climate changing impact of geo-engineering in the form of "chemtrails".

For an extensive and well-documented exploration of the deceptions and manipulations of the global warming  establishment, check out the article, “Is the Western Climate Establishment Corrupt?”, and the documentary, “The Great Global Warming Swindle.”

To explore the cap and trade issue more, check out Annie Leonard’s video: “The Story of Cap and Trade: Why You Can’t Solve a Problem with the Thinking that Created It”.

To confront important information about “climate change” consider the following questions and discuss them with others. It ‘s vital for us to engage in open, honest debate about something so consequential.

[1] A growing number of scientists agree this is the case. See the following U.S. Senate Minority Report for more information:

[3] Peter Taylor. Chill: A Reassessment of Global Warming Theory, Does Climate Change Mean the World is Cooling, and If So What Should We Do About It? Clairview Books, 2009.

[6] Some sources of info on Gore’s investments include: