DANGER: Our Economic Well-Being is Controlled by an Elite Few Who Have Been Granted a Monopoly on Currency 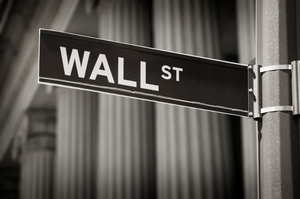 This wasn’t the case before the 19th and 20th Century, and the US government certainly doesn’t support monopolies in other industries. In fact, it usually tries to break them up. So why is a favored group of people given a monopoly on currency, when citizens rely so heavily on its performance? Could we benefit from competition of currencies, and come up with better alternatives?  Could we create currencies that hold value over time?

This notion of a “monopoly on currency” is a foreign concept to most people, but it’s an important one.  The government has literally put our well-being in the hands of the Federal Reserve – a group of private bankers – by granting them the sole power to issue currency.  They control the money supply, interest rates, and hence the value of the dollar which impacts everyone.

The government backs this monopoly with the state military (a monopoly on force) which guarantees safety of the bankers, even when they are offering bad loans, devaluing our currency, and bailing themselves out, as was the case in the most recent economic collapse. In exchange for protection, the government gets to borrow money whenever it wants from the Federal Reserve, and doesn’t have to levy taxes directly from the American taxpayers to fund unpopular actions or policies, such as war. In the end, the taxpayers pay the bill and the interest on the debt, which continues to grow at an unsustainable rate every day.

This monopoly is destroying our economy. It prevents competition and more desirable alternatives from emerging.  If we open up the market to competition, people will naturally gravitate to sound, reliable currencies and be able to create more prosperous lives and communities.

As explored in the other Critical Issue, we can open up the market to other currencies, and the best will naturally come out on top.

Some successful currencies to learn from include:

Colonial Era Interest-Free Currency - The early American colonies issued their own money, called “Colonial Scrip”, with great success. Just enough money was printed and circulated to facilitate full commerce and prosperity without paying interest to central bankers. There was no debt to be repaid – the colonies simply created more money when it was needed, making sure it was spent or lent into existence at the same rate as the real economic growth of goods and services.  The Colonial Scrip was eventually shut down by the British government when they realized the threat of widespread prosperity and independence that it posed. However, it showed that a fiat-based system has shown some potential for at least short term effectiveness when combined with responsible distribution and management of money – but therein lies its downfall because of its opportunity for abuse.

Inflation-Proof, Interest-Free, Government Issued Currency in Guernsey - Guernsey is a small island about 75 miles south of Great Britain.  For almost 200 years, the government of Guernsey has been issuing interest-free money without causing inflation. The money supply has gone up about 25 times its original size, but the economy has remained strong and prosperous.  Guernsey is one of the only countries where Central bankers or governments haven’t dismantled the alternative money system.

The Liberty Dollar - This alternative currency was created in 1998 by a private non-profit organization, named NORFED (National Organization for the Repeal of the Federal Reserve Act and the Internal Revenue Code). The liberty dollar was 100% backed by silver and gold, meaning that the holder of the currency had ownership of a certain sum of silver or gold. The liberty coins, paper, or digital receipts were redeemable for gold or silver that were stored in a warehouse in Idaho, where it was monitored and audited monthly. This currency held its value over time and quickly claimed a circulation of $20 million, making it the second most popular American currency after Federal Reserve Notes.  In 2007, the government raided the group’s six warehouses and offices, confiscating the reserves and computers, claiming the coins were illegal because “they could be confused with U.S. coins.” Motions have been filed for return of those unlawfully taken assets and the decision is pending, but the story indicates the strong desire for sound commodity backed currency that would guide the market if currencies were free to compete for our selection.

The "Debt Free" Italian Simec - In 2000, a wealthy Italian Professor, Giacinto Auriti, experimented with a debt-free currency hoping to prove that central bankers lowered the purchasing power of money by loaning it out at interest. So, he issued a debt-free alternative currency, called simec, and offered it to the people in the small town of Guardiagrele, Italy. The simec were a huge success. People discovered that one simec had twice the purchasing power of the lire and were eager to shop with the alternative currency. 2.5 billion simec circulated rapidly.  This program needed a wealthy benefactor to get it going, but it still shows the great potential of debt-free currency to facilitate economic growth and prosperity.

Use or Create Alternative Currencies in Your Community - Many alternative currencies have emerged in recent years with great success such as the New York Ithaca Hour and the Berkshare in Massachusetts. Check them out to learn more about the benefits and challenges.

Ithaca Hours – This local currency has been widely used in Ithaca, New York. Many businesses and community members participate in the program and are helping to keep money within the community.

Berkshares – Since this local currency was issued in the fall of 2006, $2.7 million Berkshares have circulated in the region of Berkshire, Massachusetts. Consumers get a 5% discount on purchases and participating stores are helping to establish a thriving local economy.